Tips That Will Improve Your Emotional Wellness

Are You On A Quest To Find Digital Aerial Installers In London?

Where can you find IFSC Code Finder?

There is no vice compared to insider trading in the stock markets. Insider trading is the buying or selling of public-traded stock based on material information that is not available to the general public. The practice is deemed to be taking advantage of information not known to the public for a personal gain. Although generally assumed to be illegal, there are times when insider trading can be legal. Find out why and more insider trading news at marketbeat.com.

In the history of stock trading, insider trading incidents have been so prevalent. Even though the Securities and Exchange Commission has put measures to protect the investors and traders from the vice, it is tough to detect such incidents because there is too much conjecture involved in the investigations. This leads to many of the cases going unpunished. Here are some of the most notorious insider trading cases witnessed in the U.S.

Albert headed the Chase National Bank in the 1920s. Following the famous Wall Street Crash in 1929, Albert was revealed to have shorted over 40,000 shares of his company. To conceal the trades, he used companies owned by his family. That put him in a position to run the company into the ground. At that time, there were no regulations in place to restrict company owners from short-selling their company stocks. Now, after the 1929 crash, many investors quit their positions in the Chase National Bank stock and Mr. Wiggin legally made a whopping $4 million as profits from the short-selling deal.

Over and above the profits, Wiggin went ahead to accept a $100,000 annual life pension from the bank, which he later declined after public protests and media outcry. Due to this and other extreme fraudulent incidents during the crash, the 1934 Security and Exchange Act was passed to enhance transparency and decrease manipulation in the financial markets. In fact, Section 16 of the Act, which addresses insider trading news, was nicknamed the “Anti-Wiggin section.”

Ivan Boesky was a popular stock trader in America who turned infamous after a huge insider trading scandal in the 1980s. Also involved in the scandal were several corporate officers who worked for major investment banks in the U.S. The officers provided Mr. Boesky with information regarding upcoming executive corporate takeovers. As a result, Boesky made huge chunks of money through Ivan F. Boesky & Company, a stock brokerage company he owned since 1975. In 1987, it was revealed that his investment decisions were made based on insider information through an investigation by the Securities and Exchange Commission. This was after some of his corporate partners sued him over misleading legal agreements regarding their partnership.

Boesky would pay employees that dealt with mergers and acquisitions (M&A) from Drexel Burnham Lambert, an investment banking firm, to serve him with information that would guide his buys. As a result, he profited from almost every major M&A deal, including Gulf Oil, Getty Oil, and Texaco.

Eventually, Boesky was convicted in 1986 for insider trading and sentenced to a 3.5 years imprisonment and a $100 million fine. Even though he got released after two years, he was permanently banned from any engagements with SEC securities.

In December 2001, a new cancer drug known as Erbitux manufactured by ImClone was highly anticipated to be approved by the FDA. Unfortunately, it was not. As a result, ImClone’s stocks plummeted, and many investors incurred huge losses. Interestingly, the SEC discovered that family and close friends of the company’s CEO, Samuel Waksal, did not suffer any losses. Samuel had also tipped several executives to sell their stocks prior to FRA’s announcement and had even tried selling his stock.

For instance, Martha Stewart, an American business lady, sold 4,000 shares before the unfortunate announcement and made herself close to $250,000 out of the sale. Later, the stock drastically dropped from nearly $50 to just slightly above 10%. Stewart argued that she had an already existing sell order, but then it was discovered she was tipped by her broker, Peter Bacanovic, that ImClone’s stock would drop.

Eventually, Samuel Waksal was convicted and sentenced in 2003 to over 7 years imprisonment and a $4.3 million fine. Stewart and her broker, Peter Bacanovic, were later proven guilty of insider trading in 2004, where Steward received a 5-month imprisonment sentence and a $30,000 fine.

Next Is Your Vehicle as Reliable as It Can Be?

All About Power Systems Australia

The Tidbits of Becoming a Successful Cricket Player 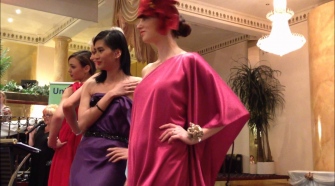 Some Guidelines On How To Select The Right Evening Wear