Activities To Improve Your Physical and Mental Health

Injuries During School Sports? Learn How To Avoid Them!

The two arch-rivals India and Pakistan are set to face each other in the tournament opening match on Sunday 4th June. This is after India triumphant victory over the host England led by MS Dhoni four years ago to grab Champions Trophy. This is a match that is a must watch and will be streamed live and exclusive quite conveniently on YuppTV on all mobile platforms, iPhone, tablets and smartphones without a worry of where you are at that specific time.

The defending champions India is pooled on group B together with other team such as South Africa and Sri Lanka. This is a game for all that is sacred in ticket, fight for pride and the honor of the win. Being a long awaited international faceoff between two rivals crickets fans are expected to witness a display of the teams unreservedly tactics and experience on the pitch with passion.

Going into the tournament the men in blue are confident to win if history could repeat itself. In the 50 and 20 over versions of ICC’s Word Cup competitions India held an 11-0 superb win over Pakistan in addition to being the holder of the tittle in 2013. They are therefore looked upon as the clear favorites to win the match. A strong bowling unit, a humble captain and an experienced deep battling line up are few of the many factors that will lead team India into victory.

Pakistan on the other side has a strong reason to win owing to the youthfulness of the team line up. This is an excitement to the many of its fans all over the world as it assures them a battle to death to place them at a better position to win the cup. Despite India boasting big names of who is who in the world of cricket Pakistan side have this time included Sarfraz Ahmed as its captain who is no new to courage and a never say die attitude. Being the leader his team is obviously expected to respond with the same enthusiasm and a strong will and determination as his ODIs record suggest.

India vs Pakistan Live have always sparkled emotional connection for all our audiences all over the world. YuppTV therefore on this weekend is delighted to bring to you our esteemed customers live streaming and exclusive live match of these two cricket giants. We are committed to offering quality content to our customers boasting 8 million downloads with a rating of 4.0.watch IND vs PAK Highlights.

Next Know More About The GPS Tracker and Its Uses

Where To Find The Best Kids Entertainers?

Looking For Sun In Tropical Paradise 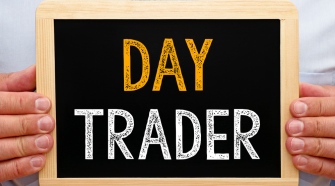 Is Day Trading the Same as Gambling?