How To Save On Flooring Renovation

Car engines are often equipped with Engine Control Unit or ECU. It’s a computer module and becomes the brain of the car in deciding how the engine should be automatically controlled and adjusted. However, ECU is deaf, dumb and blind with reliable information from sensors. ECU has different functions and it makes a number of decisions based on inputs from sensors. Modern cars are often equipped with a number of sensors that track a number of factors. As an example, ECU decides different things, including engine torque, cruise control, automatic transmission shifting, emission control, fuel delivery and ignition timing.

There are different sensors that can help ECU to operate better, As an example, coolant sensor allows ECU to determine the current coolant temperature. Information obtained from coolant sensor determines whether the “closed loop feeback fuel control” mode should be enabled. After the engine is started, it is usually still cold and the engine is often set at open loop mode. The ECU will start the closed loop when the right temperature is reached. During open loop mode, engine is less efficient and more fuel is wasted, due to the rich fuel mix.

O2 sensor is also essential for the inner working of efficient car engine. The sensor is usually positioned by the exhaust manifold. Up to four O2 sensors can be placed inside cars. The sensor will determine the amount of oxygen that passes that the exhaust. These sensors also compare the temperature outside and inside the exhaust. Based on the information, Ecu will be able to properly adjust the fuel-air mixture, as well as engine timing. If these sensors are damaged, air-fuel mix can be too lean or too rich, making the engine less efficient or less powerful.

There’s also the MAP or manifold absolute pressure sensor that is placed near the intake manifold. The sensor is able to measure intake vacuum and engine load. The engine is typically on idle when vacuum occurs. The ECU will determine the fuel ratio and timing accordingly. When the engine is revved up, it absorbs more air for the combustion process. For added power, the air-fuel mix is enriched. MAF or mass air flow sensor measures the volume of air that enters the car engine. MAF usually has a heated element and it is placed against an incoming air to measure its density and flow.

TPS or throttle position sensor detects the position of the throttle to measure the engine load, deceleration, acceleration, wide open status and idle status. The information obtained by the TPS is used to adjust the proper air fuel mix. CPS or crankshaft position sensor determines the position of number 1 cylinder and crankshaft. The injection of fuel and timing of ignition can be adjusted properly. The sensor is also able to measure the revolution per minute or RPM. The failure of any of these sensors could leave the car inefficient or underpowered. In some cases, the car can be rendered inoperable.

Next A Business Coach That Helps You Earn Consistent Profits

Tips To Finalize Your Next Corporate Event Space In Washington D.C. 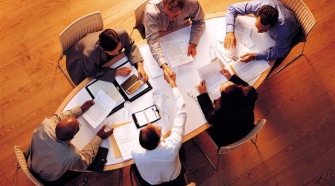