Travel is a great way to discover new places, explore new cultures and cuisines. Visiting a historical site is an adventure in its own. World heritage sites are the best hands-down experience to learn history. The list is endless from buried cities, to pyramids to great wall, we have handpicked the top five sites to travel.

Rome is a fascinating place to visit in Italy. Colosseum, Rome is the largest building remaining in Rome. Build during 72 AD, the Colosseum is one of the greatest tourist attractions in the world. This structure testifies to the rich cultural heritage and history of Rome. Colosseum attracts a plethora of tourist footfall in Rome along with the Vatican City. A visit to Peru is incomplete without a visit to the Machu Pichu. This fascinating archeological site is well-maintained and preserved. Located in the mountain terrain above the Urubamba river, it is one of the most picturesque archeological sites in the world. It showcases the ruins of the ancient city of Incas with walls, and terraced steps in the valley. Everyone is fascinated with the pyramids of Egypt. The Pyramids of Giza in Egypt are one of the most iconic wonders of the world. Located in Cairo, these impressive structures have intrigued archeologists over the years. These are traditionally tombs built for the burial of pharaohs. The most impressive of them is the Sphinx pyramid constructed around 2500 BC. The Great Wall of China stretches over 6000 km running through the forests and mountains. Built in 7 century BC, it connects many watchtowers. Most of the wall has been restored with certain areas still in ruins. Archeologists are working hand in hand with UNESCO works tirelessly to restore and protect these monuments from becoming a pile of ruins.

Scientists are still trying to reveal the mystery of Stonehenge, England. This astounding prehistoric monument is one of the most intriguing structures in the world. It was erected between 3000-1500 BC. There’s a lot of myths and legends associated with the Stonehenge. However, there’s a lot of speculation on this structure holding an astronomical significance, especially around the summer and winter solstice. Day trips to Stonehenge generally start from London.

Previous Finding the Best Way to Do Things

Next A Backyard Wedding

Get A Firmer Skin and A New You With Botox

Why Choose A Taxi Over Uber or Lyft?

Why you should learn technical and fundamental analysis

7 Terrible Reasons For Not Exercising 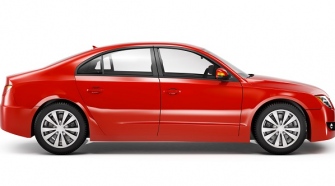