Advantages Of Having A Distance MBA Program In India

Get The Best Mentoring Treatment To Expand Your Business Growth

Is It Advisable To Use The Neodymium Rare Earth Magnets Outdoors

Be Successful By Renting Offices From Jumpstart Offices

If you’re not on Instagram, where have you been? Let me fill you in.

Instagram is an online video and photo sharing app. After being initially released on October 6, 2010, it was bought from initial developers by Facebook in April of 2012 for $1 billion. In 2013, Instagram grew in users by 23% whereas Facebook only grew by 3%.  Website Ranking software Alexa, marks Instagram as the 27th most visited Website in the world, which given that Google.com is 1st and Facebook is 2nd, along with the fact that Instagram was initially only an app, is astounding.

So, now that you know what’s what in the Instagram world, here are the top 5 Instagram accounts.

Jered from Gruber Images is an extremely popular account, who takes pictures of the Giro, the Tour de France and predominantly rare pictures of travelling on cycles from many places across the world.
This account would be a recommended follow for anyone who suffers from Cycling wanderlust, especially if you also suffer from a slight ambition to race!

Tiffany is an Aussie cyclist who’s pictures centre around her Aussie lifestyle, she’s a pro-cycler so followers get to see the inside of that world, but also the intricacies of being a female pro-rider as well as what Tiffany does to keep herself in shape on and off her cycle, especially when it comes to her diet.
This account would be a recommended follow for anyone who wants to get to know more about pro-riders lives and how they support such an energetic job.

From one Aussie to another, this instagram account posts tips from everything to getting the right hardware to dealing with tricky crosswinds. CyclingTips also live post from cycling events around the world which otherwise followers might never get to see. They’re also particularly good on sourcing and reviewing good cycle-wear. This account would be a recommended follow for anyone who just wants to inject a little more cycling into their lives, on and offline.

Based in San Francisco, this account is predominantly built around fixie bikes, otherwise known as Fixed Gear bikes. They’re passionate about custom made cycles as well as clean, simple shots of cycles with next to no mechanics, proving that they are better than others.

Once you’re following your favourite accounts, get posting yourself, and if you’re feeling really adventurous, venture into the complex word of hastagging. Here’s some to get you going –

#KitSpiration – typically used to post about cycle wear and clothing.

#FromWhereIRide – pictures taken by you, of your view.

#Cycling(YourLocationHere) – helps other cyclists find your views in real life.

Whilst on the road, we wouldn’t recommend you Instagram and cycle at the same time, so stay as safe as you can. Get in touch with Carry On Cycling if you do run into any trouble (on the roads, not with your Instagram name!) and they’ll get you on the right path!

Previous Bicycle Accidents, Their Causes, And What Can Be Done

Next How To Extend The Lifespan Of Your Taxi

Get Smart TV In India With Innovative Features

Bring The Excitement Back To Car Shopping 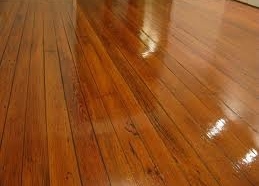 What To Consider When Making Commercial Flooring Choices