The Curtain Dressing With Most Stunning Automated Blinds

Two-Fold Purpose Of Your Roofing

Not Sure Which Transportation Service You Should Opt For? Contact Champion Truck

Drinking binges are most prevalent among college aged people. Binge drinking is defined as having more than five drinks in a sitting if you are male, or four drinks if you are female. If you are a regular binge drinker, you are at a much higher risk for physical and mental health problems than someone who drinks in moderation. However, because bingeing is often social, many people who binge drink don’t feel that they can stop without losing their friends. Follow this guide to drinking binges to learn how to recognize bingeing, and how to avoid it without saying goodbye to party-filled weekends.

One aspect of binge drinking that makes it very difficult to control is the fact that most people who binge don’t recognize their drinking habits as excessive. In a nationwide survey, nearly eighty percent of men and over ninety percent of women who had frequent drinking binges considered themselves to be light or moderate drinkers rather than bingers. This may have to do with the culture surrounding binge drinking.

A vast majority of binge drinkers are members of fraternities or sororities, where binging is often a key part of social gatherings. Because most of the other people at these gatherings are also binging, it is easy to think in the moment that drinking binges are normal, and it is easy to lose perspective about how risky over-intoxication can be.

Binge drinking over an extended period of time can damage your kidneys and liver as they struggle to dispose of the toxins alcohol brings into your system. However, not all the consequences associated with drinking binges take place in the future. Experts estimate that if you binge drink on a weekly basis, you are eight times as likely to be involved in an alcohol related accident or injury than a classmate who does not binge regularly. This makes binge drinkers far more likely to end up in the hospital than their classmates.

In addition to long term physical damage and immediate risk of injury, there are substantial statistical links between binge drinking and mental health problems. People who binge drink on a regular basis are more likely than their peers to experience depression, anxiety, and compulsive tendencies. Although binging often occurs in an attempt to be sociable and lively, frequent drinking binges can lead to feelings of isolation and depression.

How Not To Binge

To avoid binge drinking, it is not necessary to stop drinking all together. It is not even necessary to avoid parties or gatherings where binging is common. Instead, just make one easy, smart choice about your drinking that will help you protect yourself and others. Limit your alcohol intake to the equivalent of no more than one strong drink per hour. By mixing very weak drinks, you can always have a cup in your hand for the duration of a party without ever plummeting into a drinking binge. If you finish your cup before the hour is out, switch to water. That way, you can prevent a binge and a hangover at the same time, and you’ll be ready to head out again for more fun tomorrow. When you say goodbye to drinking binges, you’ll feel better all weekend, instead of spending your time off in recovery.

Tips on Making Your Roof Last 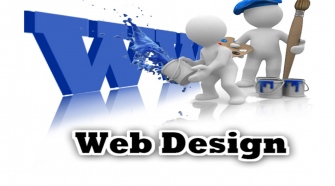