How Have Vehicle Manufacture Processes Improved Over The Last 50 Years?

It all sounds so great at first, the cultural exchanges, the extra person in the host, the preparing for the future, the extra bucks, etc. If only they have warned us about the downside of letting them, the international students, rent an apartment.

While not most foreign students appear to be this way, the landlord, still, need to be aware of those negative renters and their possible letdowns.

First of all, they can be noisy. If you happen to be one floor above or below their room, you might as well find yourself not being able to go to sleep because of the weekly party they hold and the inability to control their volume. This is due to their lifestyle back in their original country, especially the Asians. As for their parents can afford to send them oversea, they can also hire a permanent maid to take care of everything, which in turn shapes the students into obnoxious children who fail to be aware of their surrounding and people and to take care of themselves properly. They can’t think about their neighbors before deciding to host a party of 15 people with loud laughing and possibly jumping/stomping games. Despite the times their neighbors complained about such matter, they kept on repeating the routine because they’ve never learned to please anyone else but themselves since the day their parents got the maid.

Additionally, even if there are polite peers among them, these nice guys can’t have a hold on the whole. For instance, I used to be trapped in such situation. It was held in a three-floor apartment during midnight, and they decided to play a drinking game for nothing but the sake of killing the time. As a result, by the time the alcohol got deep into their blood, they failed to adjust their volume and to listen to their friends’ advice. They got warning from two outsiders, though, yet they went back to their noisy state after a few minutes of good silence.

Second, they are unorganized and lazy. Due to the very same reason caused by having a good maid, they don’t know the importance of cleaning up and sorting things out. In the end, their landlord has to ask for the cleaning services like Vancouver Cleaning Services, for instance, to get rid of their messiness when they move out. Say, my friend’s case back in the very same apartment. There was originally a Chinese female colleague before him, and she was a total mess. There was barely any space left for his stuff in the living room but bags and reusable garbage. The sink was topped with a mountain of dishes from last three weeks, and there were even unfinished meals from days ago on the dining table. Worst of all, she smoked in door despite the landlord’s law. She stacked up coke cans with what’s left of her cigarettes, and there were several of cans like that all over the place. Needless to say, the landlord had to call in cleaning service to get rid of those “belongings” of her.

In sum, most international students are noisy, unorganized, and lazy, not to mention other minor rich-children-syndromes. Of course, this doesn’t only apply to foreign kids but also kids who are far from home for the sake of their study. If you ever encounter one of them and can’t send them out of the house, Vancouver Maids might just be whom you need.

Previous How To Get The Best Commercial Locksmiths Service

Next Where To Get Your Car Oiled and Lubricated

Why Is Gold IRA The Best Investment For Your Retirement? 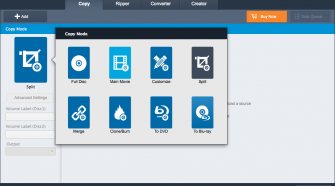