Remember To Be Realistic When Looking For Love Online

We’ve all had to do it at one time or another, no matter how proud we are of our handyman abilities, there comes a point in our lives when we have to swallow our pride, pick up the dog-and-bone and call for the plumber. The following list then describes the most common reasons that we the public have for inviting this particular master of his art into our homes.

I’m sure we’ve all been there. You get home at the end of a hard day’s work looking forward to a nice relaxing bath, run the taps, shed your  sweat ridden garments and dip your toe into something only minutely less frosty than the Arctic ocean. Often it’s a part in the boiler that’s mysteriously gone (although where they go I’m sure I don’t know) but far more embarrassingly it’s reported that most cases for a call out such as this are because of the pilot light not being lit or even worse, that the temperature settings are wrong. Whoops.

A simple issue that nonetheless elicits the calling out of plumbers on many an occasion, nearly always due to worn out washers. As any industrial engineer will tell you, broken seals are usually caused by over-tightening and should only be closed to the point where the seal comes into effect; not beyond. As far as taps go, this means that you should only tighten them as much as it takes for the water to stop and definitely NOT so tight that there is no more give. Do this and your washers will last for years.

Again, we’ve all experienced a clogged drain from time to time and this particular issue can normally be solved with a swift use of a good old-fashioned plunger. Sometimes though that plunger just isn’t enough and the plumber has to be brought in instead. Interestingly, most blockages occur in the kitchen and can easily be avoided by making sure that last night’s curry is disposed of in the usual way rather than being forced down the plughole.

Not much more needs to be said on this one. There are some jobs that we’ll tackle ourselves (pardon the pun) and some that need to be firmly and swiftly dealt with by the pros. Call the plumber!

5. Frozen pipes. Inadequate or insufficient lagging around the pipes, a bad winter spell and/or a period of inactivity can lead very swiftly to frozen pipes, which not only stop the water flowing but can cause serious damage. You can attempt to thaw the offending pipes yourself but most of us, it would seem, prefer to call a plumber.

Which can happen when number 5 is not dealt with in a timely and proper manner, or for a number of other reasons, and will almost certainly lead to flooding of some degree or other. If you’re lucky you might get away with a burst pipe in the cellar. If not, and some friends who were installing a posh new show-home bathroom in their attic spring to mind here, you could end up with Niagara falls punching a soggy hole through every floor in the house. We may grope desperately for the stopcock and futilely attempt to bail out the affected area with buckets and pans, but for a big job like this you can bet that our next course of action is to get on the phone to the man who can.

Next How To Take Advice From Online Travel Company?

The Best Sports for Fresh Air

How To Learn To Play The Guitar 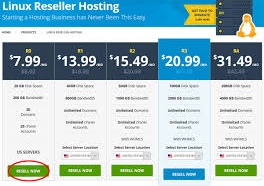 Why Go For Cheap Reseller Hosting?