Super Useful Tips About Car Repairs You Need To Know

Fort Myers and the Gulf Coast of Florida are known as year-round vacation haunts and the always-pleasant beach destination. Relatively safe from Hurricanes, the Islands off the coast of Fort Myers are also cooled by that awesome Gulf Coast sea breeze, so that even in the hottest of summer months, you don’t need to take shelter inside.

There are advantages to each of the seasons – Low, Mid or Peak season – and depending on the trip you’re hoping for – there’s something for everyone.

On North Captiva Island, as in Fort Myers on the mainland, the Peak Season runs from November straight through April. It’s heavenly, and very popular. Many in the vacation industry also run a Mid-Season, generally from May through the first half of August, when temperatures and humidity hit their highest. That said, let’s look at the fabulous Low Season first…

The low season, beginning in August and running until the Christmas Holidays (excluding Thanksgiving Weekend), offers some serious advantages for seasoned travelers. Vacation trips can extend a lot longer, not only because prices are more attractive, but because the Summer heat slows everything down, and low-season crowds are much smaller.

There is a “sometimes” serious threat of hurricanes, which needs to be considered. But look at it this way, just about every place in the Gulf of Mexico and in the Caribbean basin gets hit by a serious hurricane – once every 8 years.  Fort Myers, according to HurricaneCity.com, and right in line with that average, gets directly hit by a hurricane once every 8.88 years.  A brush with a hurricane, still strong enough to ruin a vacation, happens more frequently at once every 2.58 years.

But that shouldn’t stop any smart traveler.

The chances of a hurricane really ruining your vacation are relatively slim and the coast between Fort Myers and Tampa is actually less likely to be brushed by a hurricane than Miami and most of South Florida. That said, Travel Insurance is always a good idea, and particularly during the hurricane season. That said, nearly every hotel and vacation rental will re-schedule your reservation should the airport close due to any tropical storm.

All that said, what you get in a Low Season Captiva Island vacation are temperatures in 90s slowly decreasing into the low 80s by the end of October. Perfectly hot, the rain subsides by September and straight through till the holidays, you get lavishly romantic beaches, often completely abandoned – and lots to remember.

Early May through Mid August

Because the Peak Season really kicks in with the Christmas holidays and lasts through the end of Easter break, North Captiva Island offers all travelers a terrific shot at what the rest of North America calls “Summer.” They’re the hottest months, but because it’s warm throughout North America, crowds are a lot smaller and travel opportunities abound.

Still, there is an avid fan base for the super hot months. Summer vacations include a bit more swimming and boating, but the island is increasingly famous for the breezes off the sea. Sea breezes actually keep much of the Gulf Coast far cooler than any of the states in the American South.  Late afternoon thundershowers are not only spectacular, nearly every day, but they’re also perfectly refreshing and normally last no more than an hour or two.

Summer months see the sun later into the evening even after these sometimes heavy downpours.

Mid December through Early May

The North Captiva Island high season is exactly when it’s the dead of winter in more northerly places. Rates will go up – but the big crowds won’t really begin arriving until February or March. That means, for the holidays, or a January adventure, there are few places better suited anywhere on Earth. The beginnings of Peak Season can seem a bit laid back, with almost the island to yourself. For a week of “everything you could hope for” this is very much the southwest Florida beach spot.

From March through the beginnings of May, you’ll face far steeper competition for everything from rooms to space on the beach to a dinner table. With high temperatures only in the 70s to mid 80s, it’s comfortable, ceaselessly beautiful and – well, there’s always a good reason that high season is high season.

Remember, very often a trip when you wouldn’t normally go will afford you just the chance to take a little bit more time and to enjoy yourself that much more. There’s nothing worse than a vacation that’s too short, or one that’s pressured by priorities back home.

North Captiva Island offers a whole variety of things to do, but it’s famous, perhaps most of all, for the opportunity to do next to nothing, enjoy the nearness of the sea, spend precious hours with your loved ones and remember: You can always come back.

Article written by james t., a travel writer and blogger based in Mexico City.

Previous How To Ensure Your Camping Trip Will Go Smoothly

The Easy Way To Buy A Car With Bad Credit 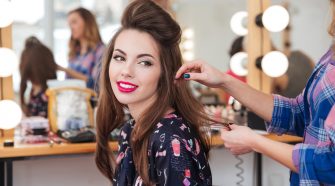 Tips For Opening A Five-Star Salon