The Ultimate Guide To Breaking and Removing Concrete Slabs

Why Go For Cheap Reseller Hosting?

The Major Aspects Of Wet Rot That You “must” Know For Sure!

Scrap is any sort of material that is recyclable. Typically, it is what is left over from the manufacturing or consumption of a product. These can be the extra shards of metal from a vehicle produced in a factory as well as parts of a used vehicle. The different parts of cars are composed of different metals and recyclable materials so they have different purposes. However, unlike waste or certain other recyclable materials, scrap has value monetarily. Recovered metals are typically the most valuable material. Their value tends to fluctuate based on market forces and availability of the different materials.

Scrap metal tends to come from both residential and commercial settings. One of the most common sources of scrap metal is from cars that are no longer functioning. When a car is totalled, it means that the value of the car is lower than the cost to fix it after an accident or mechanical failure. Unless the car has some kind of historical or sentimental value, it will probably be scrapped or parted.

A scrapped car is removed from the owner and taken to a scrapyard. At the scrapyard, it is processed to be melted down into new products. The difference between a scrapyard and a wrecking yard is very subtle. A scrapyard typically sells metal in bulk based on weight. The items they sell are oftentimes sold without regards to functioning status but instead based on sheer weight of the metal. Wrecking yards, on the other hand, often sell car parts priced by what the parts can be used for. Typically, the wrecking yard requires the customers to remove the items themselves.

For the scrapper, the car is only as valuable as the sum of the metal parts. The scrapper will typically process the car for its metal and then sell the metal to a smelter. The smelter will melt the metal down for reuse. However, certain scrappers will part the car and sell the parts to different buyers.

Ferrous metals, those containing iron, are magnetic so they are easier to separate from the other metals. However, the prices for these metals are lower and they do not fluctuate very often. The non-ferrous metals such as copper, tin, aluminium, and brass are not magnetic. They are typically more valuable and they fluctuate more widely.

Next Enhance Your Home’s Aquatic Scenery With Water Pumps

Advantages of Certificate 3 in Early Childhood Education and Care

Few Considerations Before You Shop For Window Roller Shutters 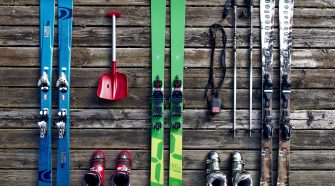