Cool Your Home by Planting A Tree

How To Choose The Best SEO Company In Houston, Texas?

The Secret to Rolling the Perfect Cigarette

How To Hack Someone’s WhatsApp Messages – A Basic Guide

For starters, Lexus is known to take care of its RX model for obvious reasons. After all, the cozy SUV is the brand’s best-selling crossover, and is so many ways, the sophistication of the upscale RX symbolizes what Lexus stands for – high performance and bespoke designs. That said, you should therefore expect the following features to be updated; cabin, exterior, chassis, power train, suspension and safety systems. And major change is evident at the front fascia courtesy of the gorgeous spy photos you can find on New Lexus RX 350 Next Year. The change is conspicuously reflected on the massive, hour-glass designed spindle grille that has become a cliche for new Lexus models. The reshaped front bumper comes with an assertive look, hood slope, all-new LED fog lamps, and front fender flares that are angular and aggressive, changing what seemed unappealing into a bold and sharp grin.

Moving on, the RX from Lexus, as we all know, has always managed to be an attractive silhouette and the same will be retained in next year’s model. However, few changes have been roped-in which include the character lines running along the sides are now more racy and defined while the C-pillars have been blacked out. Around back, you should expect L-shaped LED taillights that have wrapped on the sides of the crossover, sharper overall feel, integrated dual exhaust pipes, etc. additionally, a new add-on is on the wheels, Lexus has now added 1.9” to the wheelbase and about 5” to the overall length of the RX 350. There will also be extra room especially for the rear seats, it will also be handy for the second row of seats in terms of easier exits for the occupants. The interior will also see important updates which will include the heated outboard rear seats, 11.6” dual screens on the back headrests (it will part of the rear-seat entertainment package to be offered by Lexus). Other refreshments will include the optional retractable power panoramic moonroof, a 12.3” display for the infotainment system, and a re-positioned shift lever that will create more space for the driver.

What’s Under the Hood

The upcoming new RX will come with a 3.5L V6 engine under its hood. The engine, which was also used under the hood of its predecessor, will see a power bump of around 30 hp. This will inevitably bring the total power output to around 300 hp. It will be paired to an 8-speed auto transmission system.  Unfortunately, the luxury segment manufacturer has decided to keep mum on the torque and fuel efficiency ratings as for now, so it might be reasonable to make an assumption that we should also expect the same figures as last year’s: 270 pounds of torque and 18/25/21 mpg in the city/highway/combined. More so, the automobile giant has invested heavily into the safety department of the new RX 350. It will now come with Lexus Safety System Plus that integrates Pre-collision alert, lane departure alert, auto dimming beams, Panoramic View Monitor, and Blind Spot Monitor with Rear Cross Traffic alert.

The new RX 350 will most probably be available before the fall of this year. Expect a price tag of around $41,895 for its base model.

Previous Exciting Sightseeing Spots Of Goa For This Vacation

Next Make Your Community A Theft Free Zone

Shop These Gifts For Your Sweetheart On This Valentine’s Day 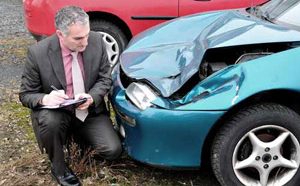