Choose The Ideal Flooring For Your Lifestyle

Affordable and Comfy Clothes to Tackle This Monsoon Season

With the launch of Samsung Galaxy Note II in September, it had been announced by Samsung on November 2 that the smart phone had crossed 3 million global sales. Worldwide sales of the Smartphone have exceeded over 5 million units.

As announced by Samsung in early November, the selling rate of the 5.5 inch Samsung Galaxy Note II is three times as compared to the pace of original Galaxy Note. Since its launch, 10 million units of Galaxy Note were sold. 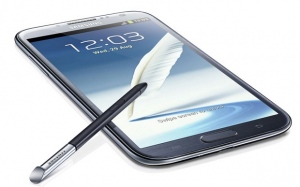 With Galaxy Note II featuring almost all the specifications written about in past, a new feature has been thrown by Samsung that has the potential of changing the recent way of using mobile phones.  Apart from featuring the Android v4.1 and powering by the 1.6 GHZ quad-core processor, the all-new feature of the Air View is the Smartphone’s major talking point.

The Galaxy Note II and Galaxy S III are the two hottest selling devices of the year keeping the position of Samsung as the largest manufacturer of Smartphone in the world and making sales of Samsung’s Smartphones look good. The financial analysis company Yonhap presents a recent report estimating that over 60million Smartphones will be sold by Samsung in the fourth quarter.

On Wednesday, an investment bank told that in the fourth quarter of the year, there is a possibility that the shipments of Samsung’s Smartphone will exceed 60 million, thus proving its excellence in the global mobile market, despite the ongoing war with Apple.

As estimated by the UBS, a financial analysis company and investment bank, in the period of October-December 61.5 million Smartphones will be sold, which is a 5 percent up from the estimated previous quarter 58 million. Depending on the volume sold to the customers or the sell-through, the number may reach up to 6 million.

According to the report, Galaxy Note II launched in September will be the major contributor to the numbers. And the samsung galaxy s7 expected to be released in 2016. UBS analyst Nicolas Gaudois said, “In the first five weeks, 3 million units of Galaxy Note 2 has been shipped, Asia and Europe are being the strongest buyers with U.S. gathering pace. Henceforth Galaxy Note 2 of 7 million can be forecasted as compared to the initial expectation for the fourth quarter of 5 million.

The report also added that the impact of the iPhone, the latest Apple smartphones impact may be affected by the latest Samsung smartphone’s high sale. The Swiss bank reports that consistent strong performance is showed the Galaxy S III that was launched in late May, with over 5.5 million sold in October alone. Gaudois added “There will be a limited ramp-down for Galaxy S III, with the estimated 15 million of the year’s fourth quarter.

Previous Australian share market is in the exalted position

Enhance Your Muscle Growth With The Right Technique

Should Pope Francis Build Himself a Social Media Presence? 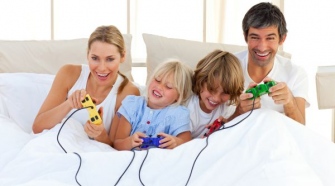 Make Use Of Online Games And Play Free