Give A New Look To Your Office Environment Easily

How Well Can An Engineering Candidate Prepare For GAMSAT?

Get Help Of Pest Control NYC Agencies To Make Your Home Pest-free!

Anyone who has visited India knows that there are certain things that this country does particularly well;as well as being a country of immense diversity in terms of culture, religion, language and ideologies, it is also one of beauty, enormity, heritage and history. It celebrates hundreds of festivals every year and there is hardly a week that goes by in which a festival does not take place.

One of the events that takes place in January is Pongal. Celebrated in the middle of January each year, Pongal marks the start of the sun’s six-month journey northwards. In 2015, Pongal will be celebrated 14 to 17 January.

As with every festival in India, Pongal is celebrated with ample amounts of enthusiasm. There is particular emphasis on Pongal as it is essentially a harvest festival, and in a country that relies so heavily on agriculture as a source of income, it is clear to see why so much importance is placed on it.

Pongal is celebrated with the most passion in the southern states of India – Tamil Nadu in particular. This four-day festival kicks off with the burning of old household items, to be replaced with new ones. This action takes place on the first day (bhogipongal) and is symbolic of starting a new phase. The rest of the festival sees people decorating the front of their homes and gathering together with friends and family to eat hugefeasts.

On the second day of the festival, known as surya or thaipongal, people prepare sakaraipongal (aka the pongal dish). This meal is offered to the sun god, and is later eaten for lunch. The preparation and serving of this dish is perhaps the most important element of the festival.  There are a number of variations of this dish including venpongal which is made from rice, moong dal, ghee, cashew nuts, raisins and spices. The sweeter version swaps the spices for jaggery (a type of sugar) and is known as sakarai.

The pongal dish is traditionally cooked in earthenware pots on a stove heated by an open fire. When the food begins to boil it is customary for everyone to shout the words ‘pongalopongal’. This dish, which is a celebration of the harvest, should not be confused with the humble, spicy dish (also called pongal) that is served for breakfast in several parts of India.

Other rituals that take place over the course of the festival include the worship of farm animals – cows in particular –which are decorated. On the final day of the festival, birds are also worshipped and people leave balls of rice outside their homes for birds to eat. It is also a day spent with friends and family.

If you are looking for a location to spend time with friends and family, then one of London’s premier fine-dining Indian restaurants will not disappoint. On the menu you will find traditional Indian food that has been brought bang up to date with contemporary cooking techniques and ideas. Perfect for any celebration or a great night out.

Next The Dangers Of A Flooded Basement

Everything You Need To Know About Oral Steroids

Tips For Feeling Healthy Inside and Out

Dosage Is All That Matters!

How To Protect Your Business from Cyber Attacks

Should You Go For A Master’s In Data Science? 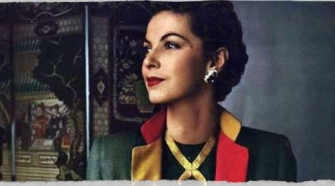 Night Wear Lingerie – A Naughty Liaisons Between You & Your Partner