The Complete Package Of Fitness and Recreation For Thailand Localities

What is an Title Loans Plantation?

Because it is a stressful venture, commute time is often included in the standard of living measurement for cities in the United States. However, many cities control this by improving public transit or adding bike lanes. If you hate wasting your life sitting in traffic, check out these cities that offer exemplary commuting solutions.

While Pittsburgh is on the small side of major cities with only about 300,000 residents, it boasts one of the best public transportation and walkability rates in the country. The “T,” which is a light rail system and subway, goes to many of the most popular sites of the city, as well as the suburbs. Also, due to the compact layout of the city, walking times are short—usually under 30 minutes to just about anywhere. Couple this with an up-and-coming technology job sector, and Pittsburgh is quickly working its way up the list as one of the country’s best places to live.

Unlike many other commuter-friendly cities in the country, Kansas City’s commute time is short because of an expansive highway system. Many main thoroughfares cross through downtown, including I-70, I-35, and US-71. Gas is also relatively inexpensive in comparison to the rest of the country at only $1.86 per gallon as of January 2015.

Leaving natural beauty and ecosystems untouched often hinders a great transportation system. However, a road system supporting over 300 miles of bike lanes, like in Boulder, reduces pollution, is great exercise, and eases the congestion of traffic. Buses also traverse anywhere you need to go in the city, making Boulder a great small city for commuting.

Often considered a benchmark for public transportation systems, New York offers a variety of ways for you to get to work. With one of the oldest subways in the world, New York’s underground rail system has 842 miles of tracks that connect the entire city, including neighboring suburbs and cities. The only problem is that they are a bit overcrowded, serving 1.71 billion people a year. Buses, cabs, and ferries are also other viable ways to commute.

Fresno is another city that is on the small side, allowing for a quick commute to work. With only a 22-minute commute time, it ranks several minutes below the national average of 25 minutes. The commute is car-based, although many carpool to work. Buses also run throughout the city until 10 p.m. for the late commuter. In January 2015, Fresno, in cooperation with San Francisco, began work on the first high-speed rail system in the country. The rail will get people to and from San Francisco in 2 hours at a speed of over 200 miles per hour.

No matter what you do or where you live, commuting is a substantial part of daily life that makes the difference between mediocrity and greatness. If you’re tired of the daily grind to and from work, consider these cities as your next big move.

Next 5 Creative Way To Increase Space In Small Apartments

7 Step Procedure For Getting Divorce 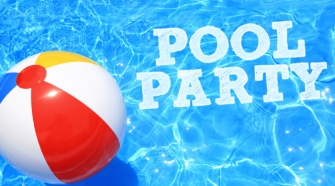