How To Become A Personal Stylist In Dubai

One of the newest leagues that are coming up in the world is the Indian Super league. Having started in 2013, the league starts in October and goes on till December. With different cities participating in the same, the league is a mixture of players from the Indian teams, the home towns and international players who are auctioned before the season begins. This means that no two teams are the same every year with the players changing every time.

This year’s Indian Super League saw a number of teams and players perform extraordinarily and the goals were also high. With many new players making their mark for the team, here is a list of the top five goal scorers in this year’s league so far that have kept the Indian super league news alive.

This Brazilian is known for playing for prominent Greek teams and with his debut in the ISl this year, he has made news by being the top goal scorer of the season. Being 29 years of age, Marcelinho as he is popularly known as, has scored his ISL team, Delhi Dynamos FC a whopping nine goals in fourteen matches with over 22 goals on shot and five assists. The Forward is definitely one of the best this season.

Coming from Canada, Iain Hume is one of the best success stories in fottball history with his coming back to play professionally even after having a life threatening skull injury. With him having great stints at ISL in 2014-2015, he is the second best goal scorer of this season with seven goals in 12 matches.

This Kerala Blasters pro has come back this season with a bang and takes the third spot this season with five goals in seven matches. This Indian midfielder was always noted for his consistent performance throughout the seasons and with sixteen shots on goal and three assists, the season is looking great for him.

Playing as a forward for FC Pune City, Anibal from Spain has five goals in 12 games, which gives him the fourth spot in this list. With a fifteen year career in the Spanish clubs and having been trained in Atletico Madrid, it is impressive that his form is extremely consistent. With nine shots on goals and hardly any fouls, this player has been doing extremely well.

One of the legendary football players, Diego Forlan from Uruguay is extremely well-known. Having played in several clubs over the years, it is only fitting that he takes the top five goal scorers this season with five goals in 12 matches. With 19 shots on goal and three assists, this Forward is doing wonders for the Mumbai City FC.

While the exhaustive list of players from each season tends to change the overall scoreboard of ISL players, this year’s top scorers are definitely one for the record books. And while the season is currently on, there could still be some changes in the order here. So watch out for some for more Indian super league news! 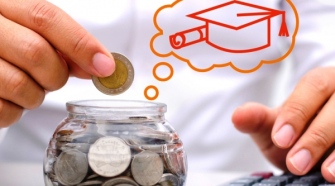