Take your Pick: Different types of Wedding Rings to Choose from.

TOP 6 SUPERFOODS FOR YOUR DIET

Gift Inspiration For The Men In Your Life

Recently, Beyonce Knowles had untouched photos removed from the Internet because someone in her camp thought they negatively impacted public perception of the entertainer. Most people accepted that Beyonce’s brand is not the reality but a commercial image to be protected as any other commodity, just like a singer protects her voice, but others were bemused by the celebrity’s assumed vanity.

The Rise of Social Media

The popularity of blogs and sites like MySpace led to what is now popularly known as “social media.” But blogs – like the Internet’s predecessor, the Bulletin Board System or BBS – are nothing new and neither is social networking, viral marketing, or damage control for PR disasters. “In music, you are your brand, and you have to act accordingly,” says Tommy Jay, Vice President at Westchester branding and marketing firm MSCO.

“The things you do get magnified many times over, especially through social media.” Many rising entertainment stars have been taken to task for things they tweeted, included on Facebook, or posted to their blog that despoiled the public’s perception of them. On the positive side, others have parlayed their online popularity into real-life celebrity. Justin Bieber was discovered by a producer who happened to see one of his homemade videos online.

While Twitter remains the current media darling of social networks, MySpace has relaunched as a community for unsigned musical artists. It provides many features for budding musicians other social networks do not have but it no longer carries the popularity cache it once did. Similarly, while YouTube is very popular, many artists insist smaller sites like BandCamp pay their talent fairer returns.

Artists are also compensated by streaming media channels such as Pandora, but not very much. There is a huge difference between being popular on social media and making a return on that popularity. Knowing the ins and outs of this complicated world is more the domain of an ad agency than an artist.

Why You Need an Outside Agency

As the Examiner.com expresses in their article, the Digital Arms Race, technology keeps changing but business and marketing principles remain largely the same. Unfortunately, few musicians know these principles, nor should they. Musicians need to remain aware but an outside agency that truly understands emerging technologies, marketing, and public relations is best at handling those things.

If your product performs poorly, they may lose a client, so it is a mutually beneficial relationship. They get paid to promote and protect your work and everyone wants the best return from their investment.

“There is more to marketing than branding and a proven ad agency can not only generate buzz but produce actual sales” sayings Kris Cabrera from DCW Media, an Advertising Agency in Long Island and New York City. They can help angle your content to the most responsive market using the best point of distribution for the best return on investment.

Very popular artists may supplement their direct sales with advertising returns based on the number of views their content receives, making promotion a key component of generating returns from those sites. A strong agency may even be able to parlay your brand into more lucrative deals. Regardless of your popularity, an agency with a proven track record is necessary for navigating this tricky world.

While vinyl sales may have spiked recently, overall music sales remain down and consumers overwhelmingly prefer digital delivery. An alt-rock act might improve their image with a vinyl pressing but it probably isn’t worth the cost. They would be better served by having their music featured on a streaming site such as YouTube or Spotify but that isn’t easy for an unknown artist, especially one without representation. Consult with a professional agency.

Previous How To Spice Up Your Flyers

Next Fruit Baskets That Make The Best Summer Gift

Why We Should Choose Used Cars From Japanese Manufacturers?

Finest Ways to Enjoy your Holiday 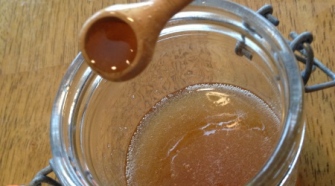