Why Is Protecting Business Data So Important?

In the recent years genital herpes, which is caused by the herpes simplex virus has become one of the most prevalent sexually transmitted diseases in the world. There are two types of herpes simplex virus, first is associated with fever blister and cold sores, while the second type is blamed for genital herpes. Learn more about the symptoms and dangers of this awful disease and protect better your self.

They include blister-like sores that appear anywhere on the genitalia about 6 days after sexual contact or other direct physical contact with herpes blisters. These sores rupture to form shallow ulcers that may be very painful. The first occurrence of these lesions lasts about 12 days. This is followed by a period during which the symptoms disappear. Subsequent, usually milder recurrences last about 4 days. Other symptoms may include difficult urination, swelling of the legs, watery eyes, fatigue and general feeling of illness. The symptoms usually respond well to treatment. There are many drugs on the market which will be very helpful in reducing or suppressing the symptoms. Unfortunately, no cure has been found for the herpes simplex virus, which remains in the body indefinitely.

Herpes is a cyclical disease in which the virus retreats periodically to the base of the spine. During these periods the risk of transmitting the disease to your partner is very low. Sometimes herpes lies dormant for years. When the symptoms recur, they are often activated by sexual intercourse. Exposure to the sun, lack of sleep, infections, and physical or emotional stress can also bring them on. In some women the symptoms tend to reappear just before the menstrual period. The disease can be spread any time during the recurrence of symptoms. Occasionally they are too mild to be noticeable and the sexual partner may be infected without knowing it.

While the physical symptoms of herpes can be painful, many victims find the emotional impact even more distressing. Herpes suffers often feel isolated, angry and ashamed. The disease can ruin relationships and make the social life of people very difficult. Since emotional stress can trigger an outbreak, it is important for the sufferers to learn how to live with the disease.

The dangers of herpes

Genital herpes can pose a significant problem for pregnant women, whose miscarriage rate is more than three times that of all pregnant women in the world population. When miscarriage does not occur, the birth process may expose the infant to the virus, causing death or brain damage. As a preventative measure, the baby may be delivered by cesarean section. If the child is delivered vaginally, there is about 50 percent chance that it will contact the disease. Herpes is fatal more often that the half of the infants who contact it.

Many researches also indicated a strong relationship between herpes and cancer of the cervix and prostate. Women suffering from genital herpes are more likely to develop cancer of the cervix than are other women. That is why women with genital herpes must check annually or more often their health condition. Seek your doctor as soon as possible if you have any doubts about your condition.

Next A Kitchen Remodel Doesn't Necessarily Need To Cost A Fortune

What You Need To Know About Right Of Way or Easement 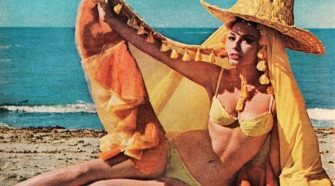