How Parents Should Prepare Their Children for Unexpected Situations in Colleges?

You might not think of Le Poisson Rouge as the ideal place for an organ recital: for one thing, it lacks an organ. But an organist can bring a portable one, and that is what Cameron Carpenter did on Tuesday evening, though not without some backstage drama.Mr. Carpenters original plan was to use his own practice organ and celebrate the release of his new compact disc and DVD, "Cameron Live!" (Telarc), by performing works of Bach, Shostakovich, Liszt, Chopin and Moszkowski. But a few days before the performance he decided that his instrument was not flexible enough for recital use.

His solution was odd. He rented a Hammond B3: an organ favored by jazz musicians (and some 1960s rock bands) but not ideal, in timbre and range, for classical works. So out went the classics, for the most part. Instead Mr. Carpenter brought along a drummer, Marion Felder, a recent Juilliard graduate who performs with the Count Basie Orchestra, and played a freewheeling, virtuosic jazz set.

That the concert now had little to do with the recording it was meant to promote seemed not to matter to anyone, least of all Mr. Carpenter, who spent the hour before the performance milling through the crowd, stopping at every table in the club to introduce himself ("Hi, I am Cameron," he said, holding out a hand) and chat. This was his party, and he was determined to enjoy every minute it. You almost had the feeling that he would have brought you a beer on request. At curtain time he threw a jacket studded with small mirrors over his black T-shirt and took to the keys.

It was clear in Mr. Carpenters opening selection, a rhythmically supple account of Coltranes "Moments Notice," that he had a feeling for this music. That should not be surprising: organists, unlike most classical instrumentalists, are schooled in improvisation, and Mr. Carpenter has an extroverted performing style well suited to the business of finding the possibilities in a chord progression or a melody.

Most of his set was devoted to Gershwin songs, starting with "Love Is Here to Stay," in which he augmented the Hammond sound with the varied timbres of a Yamaha synthesizer, and "I Got Rhythm," which he played as a widely ranging set of variations (including one for pedals only). "Do It Again," "The Man I Love," "Fascinatin´ Rhythm" and "Nice Work if You Can Get It," and Henry Mancini´s "Whistling Away the Dark," were also dissected and reassembled with unpredictable metrical and coloristic twists.

Mr. Carpenter´s single straightforward classical performance, late in the set, helped to explain his decision to play jazz. His reading of Bach chorale prelude "Nun Komm, der Heiden Heiland" had the right impulses, but the organs tone did not suit the piece. In any case, Mr. Carpenter had a more interesting approach to the classics up his sleeve. In a pair of Bach "Well-Tempered Clavier" preludes and fugues, and in Chopins C sharp minor Etude , he moved back and forth between straightforward readings and, with Mr. Felders support, vital, spirited, inventively reharmonized elaborations.

Was this a crossover concert? Maybe. But Mr. Carpenters jazz performances do not require special pleading. Move over, Renee Fleming.

What You Need To Know About Muay Thai In Thailand 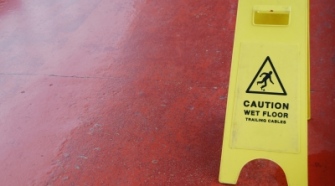