Find Out About The Effects and Legality Of Deca – Durabolin

You Are What You Eat: TOP 5 Health Food Shops In Canada

Google Cloud Platform is that virtual platform that provides you with the virtual hosting of cloud storage, virtual infrastructure, cloud virtual networking, load balancing, machine learning and management tools that are all important for anything you need to build and scale with the help of internet. Google cloud computing caters you with such services that are not only helpful for developers to build programs, apps, etc., but are also important for supporting data warehousing, data exploration, data storage and managing other highly complex applications. Google cloud platform is always considered behind Amazon Web Services (AWS), IBM and Microsoft Azure in Logging as a service (LAAS) cloud market. According to the latest research, GCP is now on a revenue run rate of $400 million and that is almost 20 times less than the market of Amazon web servers. But it should not be forgotten that Google came from behind in cloud computing after already winning browser, maps, search, mails and mobile, depending completely on its strength of technology and products/services.

Google is on a road to innovations for its cloud computing server, with a lot of room still available for them to innovate. Google at its NEXT event, made some quite significant announcements for Google Cloud Platform, which are-

According to operating notion of one the GCP’s executive, this has just been starting of the cloud platforms, the industry’s journey has just begun and cloud is not done yet. So with this, you can rest assure that there are a lot many advancements that are going to be announced by the Google for its cloud computing platform which are definitely going to ease the virtual computing, networking, cloud monitoring, storage and management in the greatest way.

Previous 4 Important Aspects Of Foreclosure That You Should Know

Is It Expensive To Replace Car Keys? 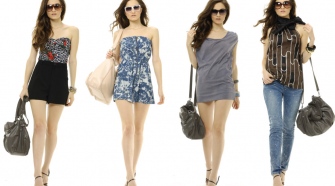