Why Attend Casting Director Workshops? Are They Useful?

Hyundai Motors India, the wholly owned subsidiary of the Korean automobile giant, has established itself as the second largest carmaker in India. They had come to India in 1996 and their first car rolled out in 1998. Ever since, the company has strived to make its presence stronger in each of the passenger car segments here. Many cars like Santro, i20, i10, Getz, Grand i10, Xcent, Verna, and Accent have delighted the customers by providing a pleasurable driving experience. Of these, the Santro series and the i-series have been the most popular models.

The latest car from Hyundai that belong to the i-series is the Elite i20. It is an upgrade of the i20, which now stands withdrawn from the market. The Elite i20 is positioned as a premium hatch and is all set to carry forward the legacy of its predecessors.

Hyundai Elite Price at a reasonable range of 4.90 lakh to 7.67 lakh rupees, the Elite i20 is a stylish car. It has highly appealing looks, and it sports a very attractive design language along with eye-catching features. This car was not displayed anywhere in the world before it made its debut in India. The Elite i20 made its grand global debut in India. The car features Hyundai’s latest design language, the Fluidic Sculpture 2.0. Elite i20 is the first car to be introduced in Indian market with this novel design language. On the whole, the Elite i20 offers European feel to it and it is undeniably designed stylishly and trendily to look contemporary.

Although the car look new and refreshing, in reality, it has not undergone much change under the hood. The Elite i20 features the same old engines as in the earlier versions of i20. Accordingly, an 1197 cc, 4-cylinder, 16-valve 81.8 bhp 114Nm engine powers the Elite i20 as well. It comes coupled with a five-speed manual transmission. The diesel mill under the lid is a 1.4L 1396 cc, four-cylinder, 16-valve, U2 CRDi 88.7bhp 220 Nm engine. It is mated to a 6-speed manual transmission, which is expected to improve the overall fuel efficiency and performance.

No automatic option of Elite i20 is available as of now. However, both the variants come in five trims – Era, Magna, Sportz, Sportz (O) and Asta. The interiors are quite spacious and there is a 285-liter big boot space to carry the luggage of the entire family.

Surprisingly, Hyundai has decided to cut down certain safety features like airbags for all passengers in the Elite i20. As such the safety features are below par than the earlier versions of the car, which is a huge disappointment for the Hyundai fans. Nevertheless, the car offers a decent drive and is a good buy.

For Information on Bikes in India log on to – http://bikeportal.in/

Previous How To Quit Smoking – 5 Tips

Next What You Must Know About Getting Best SEO Now Sydney

Should You Go For A Master’s In Data Science?

SEO – What Should A Customer Know? 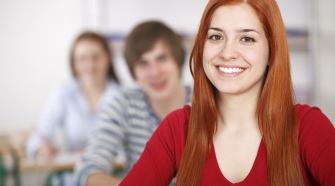 Things You Must Know About The Structure Of History Assignment