Freshen up Your Home’s Look

Kolkata is now heaven to a lot of real estate developers in the country. Some may argue that it isn’t the perfect real estate destination when compared to Bangalore and Mumbai. However, a recent renewed interest has been noticed, for the city among the young generation of investors. The city is now becoming a competition to Delhi and others since it has more than just being the seat of culture, education and science.

Why is the City getting this Sudden Attention?

There are reasons which have instigated the urgency among various real estate brands to invest in Kolkata. One among these is the promising lifestyle due to abundance of professional opportunities. Different international and national IT companies have ventured in this city, causing more employment opportunities. Media too is a profession that looks promising. People are hence shifting to the major areas from different parts of West Bengal as well as from the suburban areas.

The education system is good with some of renowned colleges and schools of the country being established here.

How did Kolkata win back its Popularity for Realty Sector?

The rekindling of interest among investors for Kolkata real estate occurred for many reasons. Kolkata has evolved since the last decade. Previously it was a premier city in the 1940s, after which it lost the position to Mumbai. But with this new decade, the city has changed with liberalization and also economic development. This was possible through a series of policies taken by the West Bengal Government. This has caused large investments in sectors like real estate, hospitality, retail and infrastructure.

A major change has been due to the IT sector in the city. It has been a driving force for the city’s development, just as it did for other cities. The Indian markets have been vastly boosted due to the “Look East” policy by the Indian Government, allowing international trade with China and other South East Asian countries. Together these factors helped in tremendous improvement of the Indian economy. The country is now scaling a new height of success, leaving behind its bad reputation for frequent power cuts, unnecessary slums and labor strikes.

With all these factors favoring a better lifestyle, real estate investors are now focusing on the city for their future projects. Among these, a huge number of buying is from the end users. The offers are lucrative which can be hardly overlooked. Some of these buyers are residents of other places like nearby towns who look forward to live in the metro.

The Present Projects by the Builders in Kolkata

Almost every builder and real estate developer in Kolkata is now planning to develop residential ventures outside Kolkata. Commuting to the business districts of the city was earlier an issue. But now the transportation facilities of the city have improved and these are also cost effective. Builders have understood that to rise in a metro, it is essential to have a good connectivity. The areas where metro facility is available are a bit costly. Metro extensions have also been announced in other parts of the city.

Previous Spruce Up Your Home With These Popular Scented Candles

Next How to Choose a Good Education Advisor? 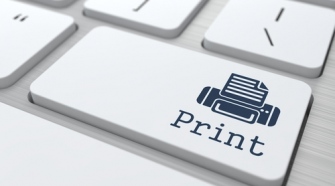