How Can You Plan Your Own Themed Wedding Reception?

Are You on Time in the Morning?

Cardamom is one of the most exotic and mysterious spices around. Although it is quite popular in the UK and can now be found easily in most supermarkets, its allure still remains. When a recipe calls for the inclusion of cardamom, it instantly conjures up images of India and luxury – it is in fact one of the most expensive spices, beaten only in price by saffron and vanilla.

When you look at a cardamom pod, it can seem a little unusual. The hard pods have a paper-like exterior and even the most experienced chef can flounder at what to do with them. Confusion can also arise when it comes to the types of food cardamom is used in – it often makes an appearance in both sweet and savoury dishes, so it can be difficult to determine when it is suitable to use in home cooking if not following an exact recipe. Knowing how much to include and how to incorporate it can really change the flavour of a dish.

As a producer of cardamom, India is way up there. The country is the second largest producer in the world, which goes some way to explaining why it is used in so many different recipes. Used in curries, rice dishes (like pilau and biryani) and drinks (like chai tea or lassi), it is a highly versatile spice. As stated it can also be used in desserts and sweet dishes, and can provide a heady, aromatic fragrance to make even the simplest of desserts appear more decadent. Masala chai and kulfi are two examples of when cardamom can be used on a dessert menu.

But when cooking at home, what is the best way of incorporating cardamom? Here are a few tips:

Cardamom pods can be simply thrown into a curry or rice dish whole to release flavour slowly, but they must be removed before eating as the whole pods are not edible. Bash the pods first with a rolling pin or something heavy to help release the flavour better and expose the small seeds within.

If you don’t want to remove the whole pods after cooking, then simply adding the inner seeds will deliver more flavour – it’s just a little more tricky to prepare! Pick out the seeds by slitting the pod lengthways with a small, sharp knife or splitting it open with a rolling pin as stated, before scraping out the seeds.

It should be noted that cardamom has a very intense flavour, so it should be used sparingly. When storing the spice the pods should be kept in an airtight container to retain their freshness and flavour.

If any of the above methods seem a little too fiddley and you’d rather let an expert take charge of this unique spice, then why not visit one of London’s fine dining Indian restaurants? Here the chefs are always coming up with innovative ways to use spices such as cardamom in their cooking. Book a table to experience cardamom in all its glory; whether you’re in the mood for fine dining or humble street food, cardamom adds something extra to every meal.

Next Meet Sandra Balan - One Of The Finest Real Estate Agents 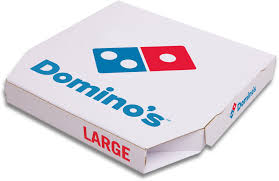