5 Things To Consider Before Buying A Camera

5 Types of Malpractice and How to Avoid Them

Part of the “watching” was the chanting, which began in the jam-packed parking lot and moving steadily through the people-choked narrow passageways of the Coliseum. Islanders fans were on their defensive,looking to drown out the invaders’ screaming voices. The invaders, that is, being Rangers fans who’d come in for the game, and who got to enjoy the New York Rangers eventual victory.

“It’s been great through the years,” said Rich Hessel, Islanders fan. “There’s a lot of animosity, but also a lot of camaraderie.”

The regular battle for vocal supremacy has played out many times through the years, but, unless they’re matched in the playoffs, the March 10 game was the last time the Rangers will visit the Islanders only home. The Coliseum opened in 1972 and has been a memorable backdrop of one of the signature North American sporting rivalries.

Starting next year, the Islanders will be playing inside New York’s five boroughs, skating at the $1 billion Barclays Center in Brooklyn. The move happened after Nassau County and the franchise were unable to agree on terms for a redeveloped or new venue.

Hockey historian Stan Fischler told reporters that the Coliseum was “part of the crescendo of the rivalry,” and this last game encapsulated a “whole bunch” worth of decades of excitement.

The two teams first met some 43 years ago, after the Islanders appeared in Uniondale, just 30 miles east of Madison Square Garden, the Rangers’ Manhattan stadium. The Islanders didn’t represent a state or any city, they just represented the two counties of Nassau and Suffolk in Long Island. These areas also happened to be home to many people who grew up following the Rangers.

The two teams brought an instant energy to hockey, with the  Rangers-Islanders rivalry  being the closest thing to European soccer derbies fans could get on the western side of the Atlantic.

The Islanders got an early edge on the rivalry, winning the first post-season match in 1975. A powerhouse team in the 1980s saw the Islanders win 19 consecutive playoff series as well as 4 Stanley Cups. This was embarrassing to the Rangers, who were an established hockey franchise that hadn’t made a single title since all the way back in 1940.

By 1994 the Rangers had powered their way back and finally made a Cup title, sweeping the Islanders en route to the top. The rivalry has been intense as ever, and both teams are considered legitimate contenders for the Stanley Cup as they fight to make first place in the NHL’s Metropolitan Division.

The last match at the Coliseum saw the Rangers climb to within a single point of the Islanders with their 2-1 victory. The winning goal was scored by Rick Nash, as the low ceiling of the Coliseum made a crowd of around 16,000 sound more like 36,000. As usual, the heavy presence of Rangers fans made it impossible for observers to tell which was the home team.

Next Basics Of Your Structural Steel Fabricators With Strength & Durability

How Does Carbon Dioxide Be Used As Jet Fuel?

Best Products For Protecting Your Car From Rust

How To Get Stock ROMs For Intex and Other Phones 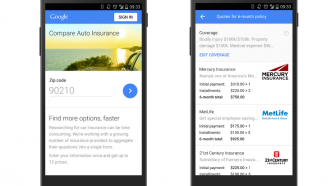 Should I Phone or Go Online For The Best Insurance Quotes?