Lifestyles Report… In My Voyages Summer 2014

The Best Way To Get The Quality Tyres

Exercise can really be a drag. Sure, we know it’s good for us, but it seems like one of those things that you either enjoy doing or you don’t. There are some people who become addicted to exercise. Then there are people who become addicted to making excuses for not exercising: “Oh, I can’t go to the gym today. Why not? Because of the full moon, obviously.” Those people aren’t necessarily doomed to the life of a couch potato, though. They’ll have to work harder to find an activity they enjoy, but it’s far from impossible.

One of the best ways to trick yourself into exercising? Go dancing. In fact, dancing is so much fun that it won’t feel like you’re having to “trick” yourself into doing anything at all. It’s an activity that most of us can enjoy readily. Challenge yourself to sign up for dancing lessons, and then really commit to it.

Dancing is a great source of cardio. It gets your heart rate up without forcing you to hop on a treadmill or ride a stationary bicycle. It doesn’t stick you on a machine for a set amount of time. Nope, the point of dancing is to move. You’re not stuck in one in place. You can rumba around the room or do the Hustle all around the house. It’s up to you to decide where your comfort zone is, and then stretch it until you’re doing things you never thought possible before.

Speaking of stretching, dancing can also increase your flexibility, in addition to making you more graceful. Don’t worry if you aren’t graceful from the get-go, though. No one expects you to be. Over the course of a few weeks and months, you’ll get better. Working with a patient instructor helps, and so does remembering that everyone else in the class is in the same boat as you are. There are dance classes for every skill level, and as long as you find the one that matches your abilities, you’ll be fine. If any of your friends give you a hard time, remind yourself that you’re out there trying to learn a new skill, while all they’re doing is teasing you for trying to improve yourself.

There are still some risks, but that’s true of just about every physical activity. It’s a good idea to get checked out by a doctor before you start any new workout. The “celebrities” on those TV dancing shows seem to get injured every week, but they’re also dancing for hours on end almost every day of the week. Stick to a more moderate schedule and you’ll probably be fine. If you make dancing a regular part of your lifestyle, it’s possible that you’ll need to visit a local podiatrist, but that’s something to keep in mind, not something worth obsessing over.

You may or may not lose weight while you’re dancing. That depends a lot on other factors, including your diet. But you will feel a lot better both mentally and physically. You’ll be able to walk up a flight of stairs without losing your breath. The benefits may not necessarily show up on the scale, but they will be noticeable.

Next Invoicing 101 For Entrepreneurs

When Should You Seek The Services Of Professional Pest Control People?

How Architects Are The Best Guide While Building A House?

Who To Call For Car Key Replacement 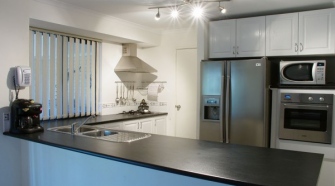