Olivia B 7 years ago

Painting The House Red (Or Any Color)

On The Job Safety: Top RN Nursing Injuries (and how to avoid them)

Dozens of scientific and clinical studies have shown that not only is hearing loss a problem often connected with age, but also with the shrinking of memory and cognitive ability. While it has been discovered that this directly comes from the decrease in volume of a person’s brain, the exact cause of this remains unknown. What is clear, however, is that this has become a problem among older patients with hearing damage, and could possibly have negative long-term effects.

Current research is being done to discover whether improving a person’s hearing can prevent any major changes to the volume and abilities of their brain. A team at John Hopkins University, for example, conducted a trial within the last year to track brain tissue changes within older subjects, and its connection to their hearing ability. This led to a result of patients with hearing problems also had significant decreases in the volume of their brains, especially involving speech and communication skills.

This could possibly be because the ear is no longer able to send messages as easily to the brain, making interaction difficult, as well as reducing the areas of the brain that are no longer needed. The regions of the brain become organized and prioritized differently than before the hearing problems occurred, resulting in the decline of mental ability.

It is not entirely certain that the two health factors are connected, but there is enough evidence and research to indicate that taking care of one’s hearing is crucial, and in some cases, can have an effect on someone’s mental state. And regardless if that mental state has deteriorated or not, it can be dangerous to have untreated hearing problems. Not being able to hear your surroundings- such as a car horn, siren, smoke alarm, etc.- could result in very unsafe situations.

If one’s brain ability has also declined from these hearing problems, the response to these situations could be slowed or ineffective. Hearing loss can also lead to missing important details in a conversation, or an announcement- which could affect your role in the workplace and ability to perform tasks, in addition to the danger of doing the wrong procedures for something.

One in every three adults over 60 ,and almost half of people 75 and older have shown problems with their hearing. The decline of auditory and mental capacity over time is a very serious matter, and it is crucial to be regularly tested for hearing loss as you get older. There are many treatments in this day and age that can be helpful to those with hearing loss, from simple ear wax removal to advanced high-tech hearing aids help in the long run.

And, as evidenced by countless new studies and research, maintaining and testing your hearing can ensure that your mental abilities stay in tact, and that your brain does not shrink in volume or re-organize itself. This is extremely important to your safety, as well as your ability to perform tasks, and overall- to achieve a high quality of life.

Previous How To Manage Portfolio Planning

Next Web Analytics: A 21st-century Innovation

What Is Little House Of Science? 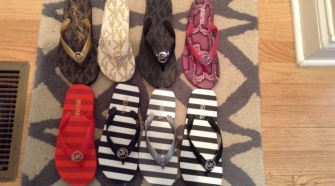