Funny Geeky Car Decals – The New In Thing For Your Car

The wide opens spaces, accommodating inns and restaurants, and the echoes of Gram Parsons draw them to the desert each year. But during this visit, a lively 3-year-old is in the mix.

Reporting from Twentynine Palms – Typically, we go to the desert at least once a year. We love the expansive space, several of the inns and restaurants and, of course, the otherworldly foliage of Joshua Tree National Park. We also enjoy the musical legacy of Gram Parsons, the former Byrd who overdosed in Joshua Tree in 1973, at age 26, after virtually inventing the alt-country movement that would blossom two decades later. We feel these echoes and others – the twangy music, the lands natural contours, the local cuisine – when were there.
But this year, my wife, Sara – a former music journalist – and I had one complication: our eager but mischievous son. Ian is no more difficult than the typical 3-year-old boy, but he loves life so unambiguously that he can be hard to corral. Traveling with a toddler is a whole different ballgame: We figured some things would be better, some things worse, but we did know quite how it would all work out.

5 Tips For Reusing Your Christmas Tree 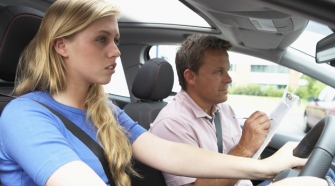 Are You Scared Of Practical Driving Test? Tips To Overcome Fear