From hairstyles, outfits to accessories and more, celebrities are known for setting trends. When celebrities are fond of something, whether it’s a car or accessories, they don’t think twice on spending in luxury brands. Showbiz stars want to be unique and stylish, and the most popular accessory for them is a luxury wrist watch. The little time pieces worn by them often times cost more than cars! Let’s have a look at the most expensive watches worn by celebrities: 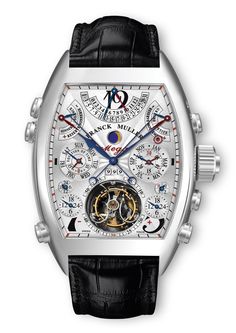 Seal is a passionate fan of Richard Mille, a Swiss luxury watch brand. Seal, who is well known for his talent in singing and writing, bought this expensive Richard Mille gold timepiece for around $475,000.

Sofia Vergara was spotted in a coffee shop wearing this Rolex piece made with 18 carat yellow gold. The watch with contrasting black dial and golden frame is worth $37,450. The Rolex Daytona is famous for its Oysterlock bracelet, tachymeter engraved bezel, and hour markers made of diamonds.

We have seen Cristiano Ronaldo’s Rolex Daytona watch but the Portuguese footballer loves the Corum wrist watches too. In 2009, he was seen wearing a CORUM Admiral’s Cup Competition 48 mm watch for his cover story with Marca Magazine.

The pop singer Rihanna wore the Piaget Polo 18 carat gold watch in the video “Take A Bow.” Both the song and the watch became a hit among her fans and paparazzi. The Piaget watch that was worn by her in the video costs about $30,000.

The combination of the OMEGA watch brand and Bond movies seems to have inspired many 007 enthusiasts to buy Omega watches. OMEGA has produced a range of much-admired Bond limited edition watches including Die Another Day (2002), Casino Royale (2006), etc. Bond star, Pierce Brosnan was seen wearing the OMEGA Seamaster watch in Die Another Day movie.

Of course, not everyone can own a watch that James Bond or Seal wear, but you can buy a range of branded timepieces at low prices. Buy Corum watches in Toronto at discounted price for yourself or to present your loved ones such wonderful piece of elite timekeeping.

Next Save Money & Reduce Your Carbon Footprint

How Attending a Premier Swim Camp can Improve Your Swim Efforts

How To Lose Weight Extremely Fast? 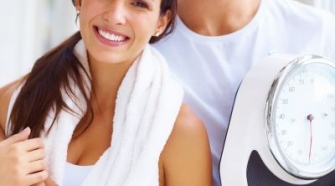