How To Create A Forum In One Sitting

Every couple’s life is very challenging on many aspects, one of which is certainly sexual. Such problems may occur for a wide range of reasons, which often lead to communication breakdown and escalating problems. Either one or both partners can experience different issues related to lovemaking, which are usually temporary, but can become entrenched. Here are some common marriage problems caused by sexual dysfunction.

It is not unusual that one partner feels disappointed about the frequency and quality of love making – whether he or she shows that secretly or overtly. That usually leads to lack of enthusiasm for other aspect of living together. Such a problem is seen in both gay and straight couples – one person often wants to make love more frequently than the other. In that case, the other one is feeling pretty much frustrated, which largely contributes to the overall bad atmosphere in home. No matter what, the person who wants sex more often needs a strategy for getting sexual needs met, whereas the other one needs a strategy for fulfilling those needs that doesn’t feel like capitulation. Sex therapy is highly recommended in that case. Most sex therapists have an awareness of sexuality that rises above personal opinions and experiences, and have knowledge about the physiological processes that are a part of human sexuality.

Sex at the Beginning of the Relationship Vs. Present-day Sex

Couples often become deeply frustrated when trying to compare their present-day relationship with the very beginning of it. It is well-known that every aspect of relationship, and especially the one related to sex, is particularly overwhelming, passionate and much more intense at the beginning. Many couples dream of the mind-blowing sex they used to have years ago, which is why they tend to think that scheduling orgasms between two favourite TV shows next Sunday is just not good enough. Clearing tables, ripping clothes and knocking over lamps are just some things that remind them of their early days. The truth is that they can easily rediscover the beauties of spontaneous sex, by releasing themselves from mental brakes and starting to enjoy lovemaking once again.

Sex as a Taboo

The root of sexual problems for many couples is in their difficulties in discussing the subject. Many people don’t see sex as an important part of life, due to growing up in traditional families where sex was taboo. Such a problem often leads to intense feelings of rejection and betrayal. Besides that, couples have to try something that they have never tried. For example, Red Door agency as well as some other, are useful for partners who want to spice up their sex life and become more open to new experiences. They offer escort who guarantee discretion and high-quality service. These girls will satisfy all their needs and take the sexual experience to the new level.

Sex Is No Longer Liberating

One partner may feel see sex as a form of freedom or a conquest, which he or she cannot get from a spouse. This is particularly true for people who grew up in sexually repressive families, and therefore associated sex with freedom. Repeated sex within a long relationship, with the same person, cannot be considered a victory. On the contrary, it usually feels like the beast has been tamed. In such a case, sex is no longer interested to that partner, since it is not seen as liberating and rebellious as before the marriage.

Experiencing different kinds of problems in marriage is not unknown for many couples, and many of them are related to sexual dysfunction. Such problems lead to discontent, frustration, and even anger and depression. However, all of them can be solved if both sides try to understand each other and are willing to cooperate. Communication is definitely the key to success.

Previous Hiring Susie Rachele For Removing All Your Accounting Worries

3 Ways To Track Down People In Your Life

5 Maintenance Tips To Keep Your Home In Tip-Top Shape 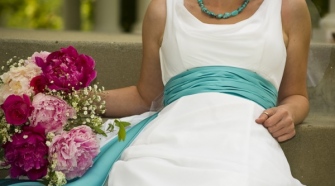 Wedding Ready: How To Get The Best From Your Body In The Run-Up To Your Big Day!