When ordinary people hear the word “herbicide”, most of them will imagine scary, toxic chemicals being sprayed willy nilly over fields by people who look like they’re wearing astronaut suits. There is a lot of sensationalist and misleading information on the internet regarding the safety of crop herbicides, and unfortunately, that misinformation sometimes makes its way into more traditional forms of media, too. So, are crop herbicides really safe? Well, the problem with this question is that it lumps all herbicides into a single group.

The herbicides used on most crops today in Europe and North America are not your grandmother’s herbicides. In most cases, they aren’t even your mother’s… lots of chemicals widely used in weed killers fell out of use in the 1970s and even as recently as the 2000s. The anti-herbicide narrative often suggests that governments are in the pockets of the corporations which manufacture these products, and thus are happy to fudge data to make them appear safer than they really are.

Does corruption exist in government? Absolutely. Do corporations have undue influence in how government does its business? In the United States, at least, they probably do. But the problem with this reasoning is that it completely ignores the many chemicals which have been severely restricted or banned by various governments, the chemicals which have been voluntarily removed from the market by the companies that manufacture them, and the fact that the agricultural industry is made up of people who want their kids to have safe and healthy food just like everyone else.

How crop herbicides have changed for the better

Possibly the product that gets the most negative press these days is glyphosate, although it is just one of many diverse synthetic and natural chemicals used to control weeds today. It’s the main ingredient in the popular weed killer RoundUp, and a lot of the negativity is due to the fact that its use has increased significantly in the past 20 years or so, especially since glyphosate-resistant crops started being developed in the 1990s.

Is it true that glyphosate and more modern crop herbicides like Dow’s Arylex are being used more today than 30 years ago? Yes. But that’s not the whole story. We must also consider the older herbicides that were replaced by these newer versions.

First, let’s look at the basics of chemical toxicity. Acute toxicity is reported as “LD50”, which stands for “lethal dose 50% population”, in milligrams of chemical per kilogram of body weight (mg/kg). Usually, this is measured in rats. The lower the LD50, the more acutely toxic a chemical is, because it takes less of it to kill 50% of the population (of rats, in this case). Glyphosate has an LD50 of 5600 mg/kg, which makes it less acutely toxic than caffeine and only slightly more toxic than drinking alcohol. Arylex’s LD50 is also well above 5000 mg/kg.

What about long-term exposure? Both of these modern crop herbicides have high NOAEL – no observed adverse effect level, approximately 500 mg/kg per day. This means that for any negative health effects to be seen, a 140-lb person would have to ingest at least 32,500 mg every day.

Now, compare that to older crop herbicides that have been largely replaced by more modern alternatives. Cyanazine, for example, is much more acutely and chronically toxic (LD50 of around 300 mg/kg and NOAEL of less than 1 mg/kg). In 1992, around 33 million lbs of this chemical were being applied annually. But after health concerns arose, DuPont voluntarily withdrew it, and the US banned it in 2002. Newer herbicides like glyphosate are the reason it was even possible to take such a dangerous chemical off the market. This is just one example out of many.

So, are crop herbicides really safe? They sure are safer than they used to be. Here’s a parting thought: glyphosate is less toxic than several “natural” herbicides used in organic farming.

Next How Do Helium Balloons Work? 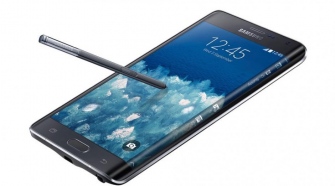