Try The Super Model Drone For Getting Skills

9 Exercises For A Perfectly Toned Body

Here’s How Drones Can Benefit You

If you drive the roads – and particularly the highways – of our nation, you are likely very familiar with semi trucks. Even if you see these “18-wheelers” every day, however, you probably don’t know much about them.

The purpose of many wheels is spreading the truck’s weight over a larger tire surface area to prevent overloading of tires or the road surface. However, modern commercial tire technology has produced single wide-tread, lower profile tires that can replace sets of “dual” tires (two conventional truck tires on wheels bolted side-by-side). This has reduced the empty weight of semis (by reducing the total number of wheels and tires needed) and increased their fuel efficiency. So, a modern tractor trailer equipped with wide-tread tires instead of dual wheels may have only 14 or even 10 wheels carrying the combined cab and trailer.

Generally 80,000 pounds is the maximum weight allowed on interstate highways for trucks pulling a single trailer, but some states allow trucks pulling two trailers, or using other roads, such as off-road logging or mining trucks, to weigh up to 68 or more tons. Even the 40-ton weight limit makes highway semi trucks more than 13 times heavier than, say, a loaded minivan.

3. A semi truck’s engine alone may outweigh your entire car

A modern semi tractor diesel engine may weigh 2,600 to 3,000 pounds – about the same or more as many four-seat coupes or sedans. Some semi engines are rated for a service life of one million miles.

4. Two of the nation’s oldest truck brands are actually made by the same company

5. Some other “All-American” semi-truck brands are actually foreign-owned

Freightliner, originally manufactured in Salt Lake City in the early 1940s, was purchased by Germany’s Daimler-Benz and has been German-owned since 1981. Mack Trucks, founded in Brooklyn, NY in 1900 and well known for its iconic bulldog hood ornament, has been owned by Sweden’s Volvo since 2000.

Okay, so maybe you could have guessed this one, but did you know how much? Semis may burn about a gallon of diesel fuel for every 7 to 8 miles traveled, depending on road conditions and other factors. Many semis carry two fuel tanks to hold a total of 150 to 300 gallons.

7. The maximum length of a standard semi trailer is 53 feet

Trailers may be 8 or more feet wide, and more than 13 feet high. Total overall truck/trailer length with a single trailer may exceed 80 feet.

8. Semi trailers appear to be a standard box-like shape, but many aren’t

“Wedge” trailers are a few inches shorter at the front than at the back, which provides a slight aerodynamic efficiency, creating sometimes substantial fuel savings for the hauling truck. Some truckers install Airtabs on their trailers, which enhances this benefic even further — you’ve probably noticed them on the road.

Next Take My Breath Away: The Best Places For Helicopter Tours

Some Fantastic Drop Ceiling Designs For Your Home 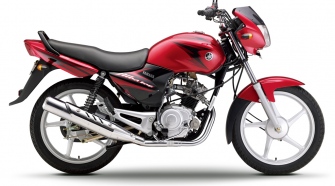