What Are The Advantages Of Online Big Data Training?

Steps To Purchase The Right Kind Of Pre-owned Car

4 Important Aspects Of Foreclosure That You Should Know

What Should You Expect from Upcoming Galaxy S8?

This year is shaping up to be an exciting one for gamers. In fact, there are several eagerly anticipated Xbox One and PS4 games that will be making their debut, as well as some online, Nintendo, and PC gems like Platinum Play cool online games.

To help you get started, check out 5 of the most exiting online games coming in 2015; they are listed in order of their anticipated release dates:

Release date: March 2015
Platforms: Xbox One, PS4, PS3, Windows, abd Xbox 360,
This is the latest EA Battle field title. It features an entirely new type of gameplay; a radical break from previous editions which were more traditional. In this version, instead of a military focus, players will be placed in the world of the war on crime and will be granted the option to either be part of the police Special Response Unit or be criminals. Interested in the new game modes? There are 4 and they include Hotwire Mode, Rescue, Blood Money, and Heist. Weapons include tasers, handcuffs, the UH-60 Blackhawk, and more.

Release date: March 2015
Platforms: PS4, PS Vita, PS3, Xbox One, Xbox 360, Windows
This newest installment in the popular Resident Evil franchise (tenth to be exact) is set be released in gradually in an episodic format. However, the full version was released in March.

Release date: April 2015
Platforms: Xbox One, PS3, PS4, Xbox 360, and Windows
The eagerly anticipated new release of this game is excellent for those who loved its predecessors. The tenth installment in the Mortal Kombat series will see the return of some of the franchise’s most popular fighters but we will also be introduced to some new ones.

Release date: May 2015
Platforms: Windows, PS4, Xbox One,
In 2014, this latest version of the Witcher’s Series was voted the Most Anticipated game during Las Vegas’s prestigious The Game Awards so it’s a must on the list of the most exciting games of 2015. It’s an open world roleplaying experience that follows the foundation laid by its predecessor. This action-packed series was inspired by the popular and well-written The Witcher fantasy novels.

Release date: June 2015
Platforms: PS4, PC, and Xbox One
Unfortunately for gamers, this version of the Batman game is the conclusion of the epic Arkham series. With that being said, this is the most exciting version in the franchise. It follows the storyline of its predecessor. Release of Arkham Origins, but is set one year in the future. In this game, Batman has reached the pinnacle of his ability and must face Scarecrow. You’ll be able to drive the Batmobile on walls, employ new takedowns, launch higher, glide for new gadgets, and much more.

Foods For Silky And Shiny Hair

Toyota Prius 2016 Isn’t Going To Be Better Than Before? 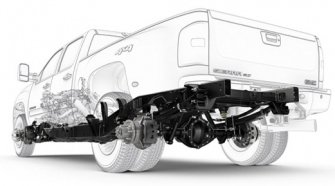 Why Your Truck Suspension System Is The Most Vital System