Chevrolet Camaro is one of the best car models available in the market. The car was released during the height of war between muscle cars. Among classic car enthusiasts, the first generation of Camaro is often the most sought after. During the 1960’s, car manufacturers are competing to build the fastest and best muscle cars ever. There are so many of them that we can list these car models all day long. Camaro is also highly modifiable, there are many of them, such as the Fred Gibb Camaro, Fred Gibb is one of the Chevrolet dealers and they pushed the ZL1 Camaro further. They did a wonderful job with the model, and the Fred Gibb Camaro is a true feat of engineering. With the aluminum 427 CID engine, the car can be pushed to 721 HP. The car doesn’t weigh significantly heavier, but it provides the level of power equal to a big block model. The original ZL1 Camaro was rated at 430 HP and there’s a lot potential. The Fred Gibb is able to reach ¼ mile in just 10.05 seconds. A set of racing slicks should be able to push the performance level even further.

The Baldwin Motion Camaro was developed by two companies, Motion Performance and Baldwin Chevrolet. Just like the Fred Gibb, it is also based on the standard Chevrolet Camaro. Rated at 604 HP from the original 425 HP, the Baldwin-Motion Camaro was able to run for ¼ mile at 11.5 seconds. The car has 4.10:1 gear set and 12 bolt rear end. Sold at $4,800 in the 1960’s, the car commands approximately a $400,000 for today’s price. The Baldwin-Motion Camaro is clearly not a normal Chevrolet Camaro and it is important for people to be prepared to drive. This car should get the respect it deserves. For those who are able to handle the Baldwin-Motion, it should be a really fun ride.

Super Yenko Camaro is another Camaro mod that many enthusiasts may already hear. Among other Camaro modded cars, it’s really special. The car has a number of improvements, such as new rally wheels, suspensions and other goodies. The mod has distinctive visual appearance, especially on the cowl hood, with an arrow. Super Yenko Camaro comes with a number of small enhancements, such a gauge package. When used by an experienced driver, the car should perform an amazing feat. It could travel for ¼ mile at 12.59 seconds and a maximum speed of 108 MPH. This can be achieved by headers corked and stock rubber. It is not known whether the Super Yenko Camaro was available with the headers open. When given a longer distance, the Super Yenko was able to reach 115 MPH and it should be no slouch for a standard street car. These three Camaro mods were equipped with Muncie M22 or M21 transmissions. These transmissions were often called the Rock Crushed. They were durable enough that rock can be crushed to powder when get caught between the gears.

Previous The Most Amazing New Designer Dresses For Women

Next Top 8 Reasons To Keep Your Body Moisturized

Top Trends for the Auto Industry in 2014 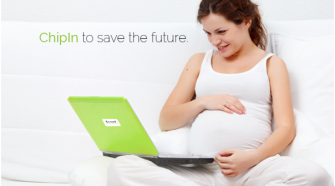