How To Use The Testosterone Propionate?

Understanding The Essential Features Of The Different Sections Of CAT

Understand the Value of Your Native Language

If you’re here without a Green Card but are hoping to become a U.S. citizen, your native language could be the key. As this liveworktravelusa.com article notes, “Whatever your native language is, it could be your ticket to America. Some companies that are doing a lot of business with your home country might be looking for people who are fluent in English and your first language.” While your first language won’t be enough to land you job solely of its own merit, knowing a second language could very well put you at the front of the line for a job for which you have some qualifications. You could also look into getting work as a translator and work for places like One Hour Translation.

Some people mistakenly assume you have to have a Green Card in order to work in the U.S. but that’s not the case as long as you have a non-immigrant H, L, or O visa or an employment authorization card (EAC). As this FreeAdvice.com article notes, “Alternatively, employers may file petitions for labor certification upon meeting certain requirements, such as the ability to pay the proffered wage. Foreign exchange students holding F, J, or M visas must seek permission to work from their school’s foreign exchange advisors unless their visa explicitly provides otherwise.”

H-1B visas are great for those who want long-term employment in the U.S., as they are granted for long periods of work and can also be extended for up to 10 years. An L-1 visa is for companies to use to transfer certain classes of employees from their base operations to an office in the United States for a period of 3-7 years.

If you’re looking for employment after you get your work visa, check out Craigslist for up-to-date job offerings.

Most immigrants, including unskilled workers, come to the United States hoping to obtain an EAC. The most desired of the authorizations for immigrants is the EAC, as it allows an applicant to get a driver’s license and a social security number. This is what employers seek when they hire those coming from outside the United States. There is some lag time in between applying and getting approval for the work authorization clock to start, but an immigration attorney can often write or call the clerk to expedite the process.

It is the first thing employers look for when hiring employees that are legally permitted to work in the United States. As the aforementioned article on immigration law puts it, “An immigration attorney will help the applicant balance the benefits of obtaining authorization to work sooner against the drawbacks of having an Immigration Judge adjudicate the merits of his or her case at an earlier date.”

If you’re looking for a professional for a particular service or job, Angie’s List is a good place to start.

Understand Your Tax Status and Forms

If you’re an immigrant with non-resident status and no Green Card you need to familiarize yourself with the W8 form. The law stipulates that foreign people who have worked or earned income in the United States pay 30 percent tax on certain types of income earned. It isn’t always clear-cut, however. Regardless, you need to fill out this form to declare your working hours and income.

Be Empowered: Know Your Rights and Visa Status

Living in the United States without a Green Card can be stressful but, as long as you are armed with the knowledge you need, you will be fine. Follow these tips and consider consulting with an immigration attorney to make sure all your ducks are in a row.

Security Guard Employments – What You Want To Know 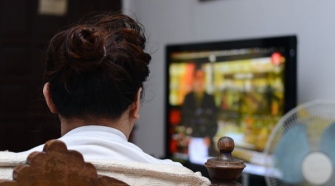