Choosing The Right Platform For Development Of Web Applications

Fall In Love At The Very First Step…

5 Things You Need To Know About Plea Bargaining

Liver Cancer – A Condition Of The Liver Cells, That May Prove Fatal At Its Advance Stage

There are certain kinds of industries for which occasional slowdowns are normal. For example, the hospitality industry is known for ebbs and flows affected by everything from daily weather to seasonal changes. It is not uncommon for businesses in the hospitality sector to have those days when there just isn’t enough work to keep employees busy.

Not having enough work can present a problem for employers. Do they send some employees home early? And if so, what are they obligated to do in terms of pay? If you operate a business that experiences occasional slowdowns, this post is for you, and it should answer most of your questions.

Not having enough work does not normally affect the pay of exempt workers. These are workers paid a weekly salary rather than an hourly wage. They are the same workers for whom the new overtime rule was enacted. They get paid a set amount every week regardless of the number of hours they work.

Dallas-based BenefitMall explains that these workers must be paid their full daily rate even if sent home early for lack of work. Let us say you have an entry-level manager with a weekly salary of $750. That amounts to $150 per day. Even if you send that manager home early, he or she still must receive a full day’s pay.

Slowdowns mostly affect nonexempt employees. These are hourly workers who get paid their regular hourly wage for up to 40 hours per week. Anything in excess of 40 is subject to 1.5 times their normal hourly wage. When there is not enough work to keep them busy, nonexempt employees in most states can be sent home without pay for those hours that will not be worked.

There are exceptions to this rule in eight states and the District of Columbia. In these jurisdictions, nonexempt workers are protected by something known as ‘reporting time pay’. This post will close with a brief explanation of what reporting time pay actually is.

Reporting time pay is essentially guaranteed pay given to employees who show up for work when requested – even if there isn’t enough work to keep them busy. Along with the District of Columbia, the following eight states have reporting time pay laws on the books:

BenefitMall says that reporting time pay laws differ among the eight states and DC. As such, employers in these jurisdictions should consult applicable rules to figure out how they apply. We will look at just a couple of examples.

In New York, nonexempt employees who report to work as requested must receive what the state refers to as ‘call-in pay’. This is pay equivalent to the wages for four hours work or the entire scheduled shift, whichever is less. If you were a New York employer who sent a worker scheduled for an eight-hour shift home after just two hours, you would still be required to pay the employee for four hours.

Workers in New Jersey must be paid for at least one full hour of work whenever reporting for a required shift. The only exception applies to employers who have already provided an agreed-upon amount of minimum hours for that work week.

Slowdowns at work are not good for anyone. When they happen, employers must choose between keeping idle employees on the clock or sending them home. Sending them home is always an option as long as it’s done in accordance with the law.

What are the Five Steps of Ethical Hacking?

Pregnancy planning and a check list to have a healthy pregnancy 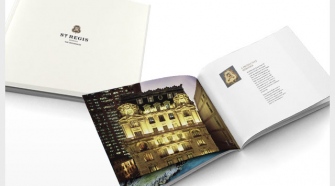