The Important Role Of Online Marketing For Your Business Escalation

One of the fastest growing states in the Indian sub-continent, Haryana is bordered by Delhi, Punjab, Rajasthan and Himachal Pradesh. Though the state was formed few decades ago, when it was carved out of Punjab, it still carries a distinct warmth. Let’s take a look at some of the most visited tourist places in the state.

Though the majority of Haryana consists of agriculture based towns and villages, there are few cities in the state which are fast emerging as major commercial and tourist places. Let’s take a look at some of them.

Hisar – Located in close proximities to the national capital region, Hisar is an emerging educational and industrial city. Known for its steel, textile and automobile industry, there are several ancient wonders in the city for the tourists to explore. Hisar was founded by Firoz Shah Tughlaq as Hisar-e-Firoza in the 14th century and was also a major battleground when the Mughals led by Babur, attacked the Lodi kings. Now, known as the ‘City of Steel’, Hisar sees a huge students crowd with several colleges and institutions in and around the city. Though easily commutable through buses and cars, the best way to reach the city is to take a New Delhi to Hisar train.

Gurgaon – As part of the NCR, Gurgaon is a major hub for several big national and international companies to run their operations. Though you might confuse the origin of its name with gur or jaggery, it’s nothing like that. As mythology says, the place was earlier known as ‘Gurugram’ or the house of the teacher, and was given as a gurudakshina to Guru Dronacharya by Pandavas. With time, its name evolved to Gurgaon. Apart from the industrial and commercial rise, there are several places to enjoy in the city like Sohna and Damdama Lake, Sheetala Devi Temple, Sultanpur Bird Sanctuary, Sheesh Mahal, Shiva Temple, and Sultanpur Lake.

Ambala – Ambala is one of the major cities of the region and lies at the borders of Haryana and Punjab. Ambala serves as a huge base for the Air Force and Indian Army, and is a major stopover for tourists going to Punjab, Himachal Pradesh and Jammu and Kashmir. The city is famous for the several religious destinations located in and around the city. Some of the most famous ones are, Manji Sahib Gurudwara, Sis Ganj Gurudwara and Badshahi Bag Gurudwara. Other famous attractions includes Hathi Khana Mandir, Agarsen Chowk, Ambala Municipal Park, Yadavendra Udyan Gardens and Sadar Bazar.

Manesar – Manesar is a small tourist town lying within the Gurgaon district. This city with an industrial background, is known for the famous Manesar fort and few other attractions. Until few decades ago, the city was regarded as a village, but after its inclusion within the national capital boundaries, Manesar has seen a sudden rise in commercial, residential and industrial value. Several infrastructure and industrial development has taken in recent times, with several resorts and luxury hotels attracting the tourists.

Previous Irish Celebrations Are Accented by The Giving Of Gift Hampers

Getting Familiar With The Foreign Education Consultants

Things To Know – 5 Uses Of Synthetic Turf In Your Home 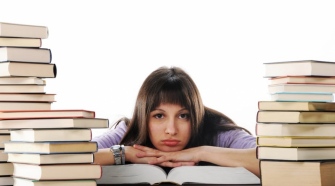 A Simple Guide On Preparing For HSC