Reasons Why You Should Advertise Your Business

But did you know that early puberty in girls and boys can actually have a few undesirable effects? Yes, those big breasts, taller stature, curvier body and signs of puberty that can make them an instant celebrity in their middle school come with a price. At first look, it may seem like they are all rainbows and butterflies but in reality, there are a few reasons why early puberty in girls may be undesirable. Want to know what these are? Read on and find out.

1. Kids Who Experience Early Puberty May Feel Different Than His Peers

Being the only girl in your class with growing breasts, acne breakouts and puberty hair growth may make you feel isolated and different than the rest of your peers. The sad part is, it is also during this time that many kids are trying to fit in and blend in the crowd. If the child does not understand what is happening to her and she is not confident with her body, the feeling of being different may cause stress on her, and it may even lead to low self-esteem.

2. Kids Who Experience Early Puberty Will Have To Deal With Many Transitions All At Once

Kids, aged 11 to 13 years old, are still not equipped with the emotional intelligence to handle many changes all at once. If the puberty coincides with other major life transitions like switching to middle school, the stress may be too much for the child to handle.

3. Kids Who Experience Early Puberty May End Up With a Short Stature

Some of the kids who experience early puberty may seem taller than their age during childhood, but it is most likely that they will end up with short stature when they get older. This is because early puberty also ends earlier than normal puberty and once puberty is over, the growth stops too.

4. Kids Who Experience Early Puberty May Have a High Risk Of Developing Behavioral Problems

As mentioned above, all the physical changes involved in puberty may be too much for a little child. Because of all the confusion that he is experiencing, the child has the tendency to have a defense mechanism, and it is almost always to act out. To avoid this, proper parental guidance is needed.

5. Kids Who Experience Early Puberty Will Have Higher Stress Levels As Compared To Their Peers

Let’s face it—children experiencing early puberty still do not have the emotional and mental maturity to understand what is going in their bodies. A 9-year-old having a menstrual period will surely feel more stressed than her peers who only need to deal with just school stuff, don’t you agree?

In addition to mental and emotional dilemmas, early puberty also comes with a few medical problems. According to studies, kids who have experienced early puberty are at greater risk of being overweight, which is a predisposing factor to type 2 diabetes.

7. Children Who Experience Early Puberty May Be Exposed To Sexual Activity At An Earlier Age

According to studies, girls who have encountered puberty earlier than her peers have the tendency to be more sexually promiscuous. This also increases their risk of falling a victim to teenage pregnancy.

8. Early Puberty May Increase The Possibility Of Depression And Anxiety

This may be brought about by their feelings of low self-esteem and isolation that they felt because of how different they look than their peers.

9. Kids Who Experience Early Puberty May Have Greater Risk Of Substance Abuse

Another defense mechanism of children experiencing early puberty is they tend to try the stuff that they see mature people do like smoking, drinking and taking drugs.

10. Kids Who Experience Early Puberty May Have Poorer Academic Performance

Because of how they look and the changes that they have experienced, these kids may feel isolated and out of place in the school, causing them to lose interest in their studies which may result to poor academic performance.

Undergoing puberty, especially at an early age can be stressful and confusing for children. At this time, they will need the support, guidance and adviceof their parents the most.

Next Top 10 Signs Your Vagina Is Not Healthy

How To Enhance Your Muscle-Building Workout Strategy? 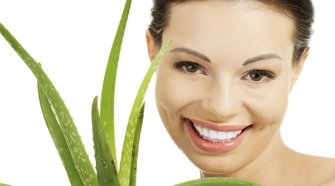