While the boom in the UK property market has brought about great benefits for man y people, it has caused problems and difficulties for many other people. While some people have made huge profits on their property, many more have been priced out of the market, finding themselves unable to get on to the property ladder. This has created a higher level of demand for the lettings market and this has been an area of the property industry that has been growing significantly in recent times.

People who want to retain their property in the hope of obtaining further value in years to come, but want income at the moment, find that letting their property out is an ideal solution. People who cannot obtain a mortgage have very little option but to rent, so when you have the increase in demand from both sides, it should be an industry where skilled letting agents can make some money.

Of course, even when businesses are doing well, there is always a potential for greed, and some people find themselves getting caught up in the money making process. It can be all too easy to adjust to a higher level of lifestyle and this means that some professionals will act in an unsuitable manner.

Police investigations discovered that Pickett paid for Mediterranean cruises and a Welsh pony which cost £7,000 from the proceeds of her crime. Back in May of 2014, Pickett admitted the fraud by abuse of position in Dorchester Crown Court and after a wait for sentencing, she has been handed a 32 month stay in prison.

The investigating police team said that Pickett took deposits made by customers and the rental payments from the managed firms account and used it on a number of items all for herself. The investigation uncovered the purchase of a BMW, holidays to Florida and France as well as the aforementioned cruises and ponies.

The police stated that the actions were selfish, with a police spokesperson pointing out a number of victims of this crime; “Not only the innocent customers who handed over their deposits and rent in good faith, but also Barrie George who is the owner of the Dorset Lettings brand.”

Dorset Lettings only held three franchised branches, with Pickett being in charge of the Shaftesbury branch. The firm also runs three non-franchised branches and the director of the firm, Barrie George was pleased to put the matter behind them, stating that it was a particularly stressful time for everyone involved with the firm, including tenants, landlords and suppliers.

Any landlord or tenant who lost out on money have been able to recoup their losses through the protection scheme offered by the Association of Residential Letting Agents (ARLA), which is great news, but not that it takes away any of the guilt that Pickett carries.

The fact that the letting market offers so many great opportunities for people and businesses does leave itself open for fraudulent activities like this to take place. When people are placed in a position of trust, it is inevitable that there is an element of temptation, but the vast majority of people are able to withstand this temptation.

With bookkeeping and security elements being of a much higher standard these days, there should be fewer opportunities for people to carry out activities like this, and there should also be a greater chance of their activities being detected. There is an increase in the number of professionals requiring specialist defence and support because of crimes like this, and if the economy continues to polarise the haves and the have nots, this may be a trend that we see more of in the years to come.

Undertaking fraudulent activity of this nature, when you have been placed in a position of trust, can have serious consequences, and there are likely to be calls for even larger sentences to ensure that there is a bigger deterrent against the form of crime.

Andrew Reilly is a freelance writer with a focus on news stories and consumer interest articles. He has been writing professionally for 8 years but has been writing for as long as he can care to remember. When Andrew isn’t sat behind a laptop or researching a story, he will be found watching a gig or a game of football.

Use The Internet To Plan Another Getaway

Objectives Of A Home Security System

Obey The Rules Of Your Fitness Trainer 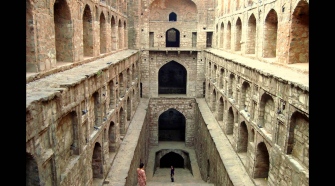 Do you have the heart to visit these places in Delhi?