Deck Up Your Home With Curtains and Carpets

Water Activities That Will Make A Splash

If you’re lucky enough to be heading down to Rio or one of the other World Cup host cities in the summer of 2014 then what an incredible prospect you have in store.

Any chance to go to such a high profile sporting event has to resonate with anyone who’s ever picked up a ball and the opportunity to watch some samba soccer in the spiritual home of football is surely just too good a moment to miss.

However, as with all tournaments and large gatherings there is going to be a slightly shady side to such an experience and if you’re heading to Brazil in the summer of 2014 then below is how to stay safe and have a successful tour – good luck! 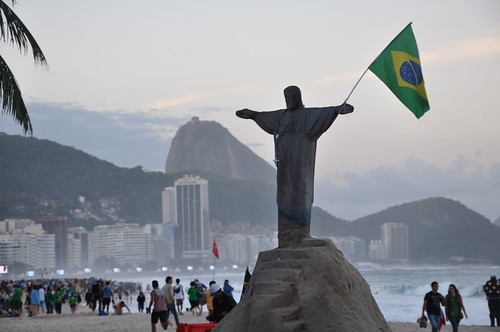 Take Out the Touts

If you’ve got a ticket to any one of the group matches starting from the 12th June then you’ll already be guarding it with your life and eagerly anticipating the roar of the Maracana stadium or the Amazonian heat of the arena in Manaus where England play Italy on the 14th June. If you don’t have a ticket and still plan to travel to Brazil then be aware that touts will do their best to rip you off and may also put you in some fairly dodgy situations so think ahead and don’t put your cash or your safety in the hands of professional criminals.

Avoid too much Alcohol

Most people love to enjoy a cheeky drink before or after a football match and the World Cup in Brazil will be absolutely no different. Germans, Dutch and English are renowned for their drinking cultures and although Brazil has some very tempting beers and cocktails (caipirinha anyone?) everything in moderation is always the best policy. Taking on too much booze will certainly put you at more risk than if you’d stayed reasonably sober and from getting lost, starting trouble and landing up in a Brazilian jail cell, this is probably the most obvious means of ending your tournament early so just take care.

After the match is finished then it’s time to celebrate or commiserate however, if you chose the wrong venue to visit after dark then you just might regret it. Stick to the tourist areas wherever possible and you’ll met like minded fans having fun and more than up for a bit of a banter and a footy chat. Straying too far from your hotel either by taxi or on foot is definitely not a wise idea and although some of the beaches are flood lit this is also the most likely place where you’ll run into a few less salubrious characters so be warned. Stay in a group, don’t get too drunk and always know how to get back to your hotel either by registered taxi or on foot.

As with most Latin American countries, Brazil has affluent and deprived areas so if you’re planning on taking your TrekAmerica tours this summer then be aware that you may instantly come under scrutiny from locals who have next to nothing to live on. Just be sensible and only take what you can afford to lose and make sure that if you have to take anything expensive that you either keep it locked up in your hotel safe or don’t put it on show when you’re out and about. Jewellery, gadgets and wads of Brazilian real or American dollars are all very tempting so keep them out of sight.

Even during the day there’s plenty of chances for you to get lost and not be able to make it to the stadium or back to your hotel on time to meet up with your mates. Best advice is to take a whole day getting to know where you’re staying and the surrounding area or at least know how to get back via a state registered cab. Ask at reception, go to the tourist info centre and consider going on an organised sightseeing tour of the city as, who knows, you may learn a few things about the place that you’re staying in as well as avoiding getting lost.

It has to be said that learning just a few choice words is always important no matter where you find yourself on your travels. ‘Hello’, ‘please’, ‘thank you’ and ‘help I’m lost’ are all classic phrases to help you get by and although your pronunciation may not be exact you’ll no doubt be seen more favourably by the locals than not. Getting to know more about the culture of Brazil by learning the language can be as enlightening as watching the kids playing soccer on the Copacabana so take your phrase book and keep an open mind as you’ll never know when a cheeky ‘what’s your name miss?’ may come in handy.

Previous BMW will weigh demand before extending i range

Next HMSI ties up with L&T Finance; aims at 3.7 mn sales

3 Ways To Improve Your Skiing or Boarding

Tips On Hiring The Best DWI Lawyer In New Jersey 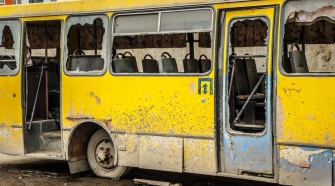