Cool Watch for Your Style

Pollution especially air pollution causes respiratory complications not to mention the potential myriad of lung diseases it can trigger if polluted air is inhaled for extended durations of time. On a similar note, it also has detrimental effects on the skin’s surface as well as the skins overall health. Common traceable effects of air pollution on the skin include rashes, premature aging, acne and eczema amongst others. The skin’s health is as equally important as the overall body health and as such you should think twice when planning to stay in a crowded place such as a city or industrial area for a long period of time.

The city is well known for its wide spread air pollution coming majorly from the automotive such as buses and cars. The same effects are also observed in industrial regions. When something is under combustion, tiny invisible particles called nanoparticles are released into the atmosphere. When breathed into the lungs, these nanoparticles stick onto the lung tissues causing respiratory problems.

This is the most known cause of skin deterioration. Air pollution destroys the ozone layer that protects the earth’s surface from the harmful rays of the sun. When this happens, the UV rays are able to penetrate through to the earth’s surface and the free radicals that come as a result are assimilated into the skin’s surface damaging the cells in the process. These free radicals can also trigger other diseases such as Parkinson’s disease.

This is the least known cause of skin irritation or rashes simply because people do not pay attention to it. Dry skin as well as irritation can also be experienced indoors from sources such as creosote emitted from stoves and burnt wood in fireplaces. This condition can be worsened by poor ventilation system in the house, high humidity and use of products with high traces of formaldehyde.

Paint as well as caustic cleaning agents emits volatile organic compounds that release free radicals into the atmosphere in within the house. These particulate matters break the skin’s natural barrier, destroying good cells in the process. Paraffin lamps with wicks also emit soot that has equally dangerous effects on the skin. It is recommended to open all windows as well as doors when using this types of devices.

Pollution and the Skin

Toxins in the polluted air clog or block skin pores and this is what causes acne and dull skin appearance. Exposure to pollution causes or triggers the appearance of discolored spots. The scientific explanation behind this is that the toxins that rests on the skin’s surface increases the quantity of melanin or the skin’s natural pigmentation and consequently leading to dark spots. Pollution can make your skin resemble that of an old person making you look older than you actually are. If left unchecked, can be detrimental. A mixture with sunlight can also aggravate the process triggering premature aging process.

Particulate matter in the air denies the skin cells oxygen making it look very saggy and dull. Air pollutants increase the amount of free radicals found in the air which if becomes very dense, it exceeds the body’s ability to fight them. As the body grows old, it is weakened in terms of its ability to fight these radicals. More radicals plus the ultraviolet rays reduces the skin’s collagen production thus its elasticity. This makes the skin to develop fine lines and wrinkles that resembles that of a naturally aging person.

The following is a simple procedure on how to stay safe in an air polluted environment:

Besides the above care techniques, consider a proper diet with a lot of water and plenty of physical exercises for a healthy looking skin. Pollution alters the chemical compositions of the body’s natural oil making them to harden and clog the skin pores. As a result, it is safer to minimize over exposure of the skin to toxins in a polluted environment.

Develop Good Health in Thailand at Chalong Camp and Sport

Things to Consider When Selecting a Professional Mobile Detailing Company

Why Should You Invest in Travel Insurance

Advantages of Certificate 3 in Early Childhood Education and Care 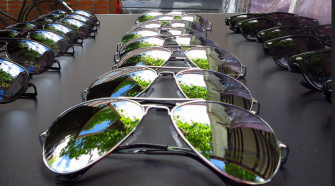