Streaming the News: Great Opportunities of Live Streaming for Journalism

Is Chronic Pain Dimming Your Life?

Enjoy The Best Evening Desert Safari Of Your Life

Gonorrhea is the most common reported communicable disease in the world. Gonorrhea is caused by bacteria and is transmitted through sexual contact. It usually starts in the lower urinal and genital areas in both men and women. If left untreated, it can spread upward in the genital tract and cause sterility. It can also enter the blood stream and cause severe arthritis and inflammation of the heart. Fortunately, it is easily treated with antibiotics such as penicillin if caught early.

Women may not even suspect that they have the disease at first. The early symptoms are frequently not pronounced and most women never develop early symptoms. A few days after exposure they may notice a mild burning sensation in the genital region and perhaps a vaginal discharge. Later, after the disease has spread from the vagina up through the uterus and into the Fallopian tubes and ovaries, they may have pain and fever. These symptoms may be severe or mild. Sometimes the woman does not suspect she has gonorrhea until informed of the fact by her sexual partner.

Women who suspect that they have been exposed to gonorrhea or have vaginal discharge of any sort should see a physician promptly for diagnosis and treatment. If left untreated, the symptoms may diminish, but the disease will continue. The whole pelvis may eventually become inflamed by pelvic inflammatory disease or shortly PID. It is painful condition that can damage the reproductive organs and cause infertility. If gonorrhea organisms are present in the woman’s birth canal, they may infect baby’s eyes during childbirth.

The early symptoms of gonorrhea are more evident in men, although some men do not experience these symptoms. About 3 to 8 days after exposure men may notice a sharp, burning pain during urination. At about the same time pus begins oozing from the penis. This symptom causes many men to seek treatment immediately.

If a man does not receive prompt treatment, the infection spreads to his prostate gland and testicles, where it can cause sterility. In time, the infection can cause the urethra to become narrowed, making it difficult to urinate. If the infection is to sever, men can suffer arthritis and heart damage.

Next A Guide To Finding Quality Home Appliance Repair Services

How Many Years’ Experience Should I Look For In An Accident Lawyer? 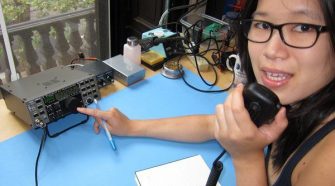