Eyelid Surgery – Get A Refreshed and Youthful Look

Have you ever started something for one reason and had the project become something completely different and unexpectedly amazing? That happened to me recently. At my home I have a man cave. In my man cave I have a small fridge so I don’t have to walk all the way to the kitchen. I have a projection television that allows me to watch all of my favorite sports events on hidef television on a super big screen. I keep it stocked with snacks and have it furnished comfortably. What I realized is that the man cave had too much appeal. It was difficult to talk myself into going anywhere else. I was becoming an introverted cave dweller.

Once I recognized this I decided I needed to add some activities to my routine and pull myself away from my comfort zone, even if only for a few hours a day. In my backyard I had a small toolshed, where I mostly stacked my lawn equipment and stored my tools in a semi-random fashion. I decided this was the project I needed to take on. I decided to create a home workshop that would entice me to get out of my man cave and return to some creative activities.

The shed that I had was too small and that was a reason I spent little time there. At first I decided I would clean it out and reorganize it. Once I realized that I was cleaning a gloried dollhouse, I got serious. I took a sledgehammer to the structure and leveled it. That was so fun and the most strenuous thing I had done in recent memory. Once my muscles and bones convinced me that I was going at this a little too aggressively I decided against building the replacement shed and I did some homework and then ordered a metal shed.

This was a much simpler process than buying all of the building materials, framing, roofing, siding and finishing a shed like I had. I was impressed. I ordered it and it was delivered and installed. Boom. That left me with more time to get it right inside. Once it arrived, I made sure that it wouldn’t turn into the stack of equipment and tools like I had before. I created an area for the lawn equipment. I installed shelves for the tools. I put in a work bench and made sure everything had a logical spot where working in the shed would be easy, fun and inviting.

I installed electrical outlets so I could run power tools. When I was having coffee and thinking about ways to improve my new tool shed, I saw an ad for solar panels. I examined them and realized that if I installed one on my shed, I could use my tools without increasing my electric bill. After a few calculations it became clear that it would pay for itself. I added a solar panel to the sunny side of the roof. This produced more electricity than I could use from my little used power tools and an 80 Watt light in the ceiling.

Therefore I decided to route the electricity to the house to decrease the electric bill. This worked better than I expected. I did some more homework and ended up getting a battery to store the solar power and I got another panel. This was an unexpected side project that evolved from my desire to entice me out of my cave. Now, I have solar panels on my shed, my roof, battery storage in my garage and I receive credits from my power company instead of a bill. Because I have a surplus of electricity and because my shed is now so big that all of my tools and workspace don’t take up much of the space, I created a man cave annex. Yes, in an attempt to get me to spend more time outside of my man cave, I created a second. Every month I saw my excess electricity creating a credit that I would never use inspired a new idea.

The upside of the man cave annex is that I can easily switch back and forth between watching sports on the annex big screen and doing projects. I still watch too much television, but now I mix in some woodwork and occasionally tune and repair my equipment. In addition to that, my electric bill, which now includes the mini fridge, television and electronics equipment in the new man cave, is now zero every month, which encourages me to continue to expand my electronics, modify and modernize the man cave annex.

Next thing you know, I traded in my car for an all-electric. I use my solar electricity to charge my car and now I buy no gas or oil changes and the sun fuels my car as well as my house, which gives me more money leftover to pay for my continuous upgrades to my man cave. Yes, I started out simply wanting to motivate myself to get out of the house. Now, I have a solar powered house (with a shed and two man caves) and an electric car. This project really took some unexpected turns. 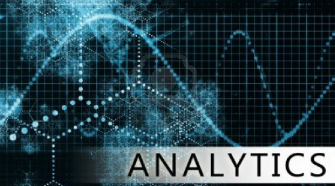