Not Sure Which Transportation Service You Should Opt For? Contact Champion Truck

Check Out How To Apply For Small Loans Online

Introduced more than 50 years ago, Ford’s Shelby models have been the talk of the vehicle industry multiple times throughout its expansive history. 2015 is looking to be just one more exciting year to add to the Shelby’s impressive record books. Although the vehicle isn’t expected to be released until quite a few months into next year, buzz is already building on this new, mysterious car.

Rumor has it that this vehicle is looking like it’s going to be as close to a street legal racecar as automakers can get. The legend of the Shelby Mustang and its reputation as an everyday car turned street racer is carried out through Ford’s newest model of the vehicle. The engine itself screams classic while still reaching incredible feats. Ford’s engineers strayed away from turbocharged or supercharged engines, and instead made what is rumored to be the most powerful engine ever made by Ford without the help of super or turbocharging technology. The actual horsepower on this engine has yet to be released, but critics are expecting big things from this Shelby. The fast revving design and more than 400 pound feet of torque only adds to the anticipation of a groundbreaking engine.

Not only is the engine a unique feat, but Ford engineers also sought out an entirely new approach to the creation of the internal functioning of the vehicle. Rather than making each part of the car great in its own way, independent of the other parts of the vehicle, they created the parts together to guarantee a cohesive operation. This innovative approach has resulted in a vehicle that is incredibly balanced and in-synch with every move it makes.

Although the engine and its speed are important in a fast car like the Shelby GT350 Mustang, the brakes are a major factor to the car’s success and shouldn’t be forgotten. Because this vehicle reaches incredibly fast speeds, Ford has equipped the GT350 with the most track-credible braking system the automaker has ever seen. These brakes feature incredible absolute stopping power, fade resistance and feel of the brake pedal. To aid these intense brakes, the car is outfitted with Michelin Pilot Super Sport tires that are specifically designed to have the maximum grip possible on roadways and racetracks alike.

The engineers didn’t forget about the vehicle’s interior look, either. Complete with an advanced control system, an entertainment upgrade, and a reduction in chrome to eliminate annoying sun glares, these are just a few of the many changes that drivers can expect in this model. The seats have been fitted with a unique cloth material, and the steering wheel is flat bottomed for easier entering and exiting of the vehicle.

Ford has yet to announce when the Shelby GT350 Mustang will be released, nor has it specified the year of the vehicle. As the months crawl by, Mustang enthusiasts can expect to see more details emerge about the newest face of the iconic Shelby vehicle. If you would like to inquire about pricing or pre-ordering, talk to your local Ford dealer in the coming months.

Writen by Chad VanNess of Fulton Ford, a Ford Dealership that carries the best line of Ford trucks and cars for sale Columbia MO has to offer, as well as a great selection of used cars and trucks.

Previous What Should You Discuss With Your Lawyer Regarding Your Case?

3 Current Digital Trends That Businesses Ignore at Their Peril

What To Know Before Renting A Car In India 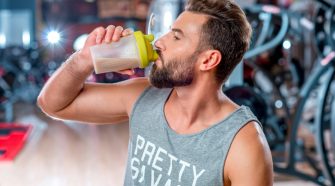 Oral Stanozolol Benefits and Side Effects