Soundproofing 101: What is Flanking Sound?

What Information Should I Have Available For My Whiplash Claim?

Breaking Down the Basics of Borrowing Money

Pollution is the process of introducing a pollutant into an environment and thus contaminating the area and making it unsafe for living organisms. Pollution may affect air, land water and there are even contemporary forms of pollution like sound pollution. Simple or basic things like light and temperature may affect the environment in different ways and have devastating results on particular grounds.

Based on the researches of Pure Earth, pollution affects more than 200 million people around the word. The affects range fro medium ones to some very severe and deadly affects. Children in high contaminated areas are more likely to be born with birth degeneration and have a generally lower IQ by 20 to 30 points. Here are some of the most common and basic forms of pollution that affect our planet.

Land pollution is mainly the cause of throwing away household garbage and various forms of industrial waste. Back in 2010, citizens of the US have produced an amount of 250 million tons of waste, which is according to the research of the EPA about 4.3 pounds (1.95 kg) per person. The waste mainly consists of basic household items like household appliances, food scraps, yard trimmings, old newspapers, plastic bottles and other forms of plastic containers, paint cans, batteries and any things more. Just abut half of that waste, or more precisely 54 % of it has been gathered in landfills, while only 34 % of it gets recycled. But a lighter fact is that the amount of recycled waste has doubled from 1980, which is exemplifies the averseness of the people about the problem. But the compound that makes the majority of landfills in the world are food scraps as it makes abut 40% of each landfill.

Industrial and commercial waste, on the other hand, mostly consists of solid waste. According to research, the need of creating produces for one typical American family will amount to around 4 million dollars, per year. Luckily the majority of the industrial waste produced does not include that much of hazardous waste, yet it is classified as including both hazardous and non-hazardous materials. Non-hazardous waste mostly includes construction materials, like wood, plaster, concrete etc., and medical waste, like bandages, gloves, needles etc.   Hazardous waste includes any type of material, both solid or liquid, that can cause harm to living organisms and harm the environment. Industries produce this type of waste during construction work, mining, manufacturing or chemical production. But there is a great deal of hazardous waste coming out of our very homes as households produce waste like discarded paint, motor oil, aerosol cans, thrown away fluorescent lights and various kinds of solvents.

Water pollutions includes introducing any kind of harmful substance, solid or liquid, into the water stream. Water is usually affected by various pesticides coming from agricultural production, various leads and metals, mercury, chemicals and sewage. The EPA estimates that approximately 44% of stream miles, 64% of lakes and 30% of bay areas are not suitable for fishing or swimming. While the most common kinds of pollutants include bacteria, nitrogen, phosphorous and mercury. The most typical causes of water pollution are channelization of streams, agriculture runoff and water diversions.

People all over the world are affected by water pollution in various devastating ways. Mot countries do not have clean drinking water and face difficult living conditions being susceptible to all kinds of diseases and illnesses. 783 million people in the world do not have access to clean water while 2.5 billion do not have adequate sanitation conditions.

Marine life suffers the most because of the water pollution caused by people. 80% of marine life pollution originates from the land. It includes various kinds of runoffs like sewage, that can affect the compound of organic and inorganic life in the water and cause pathogens to grow and spread as well. Decomposition of organic materials in the water causes the creation of dissolved oxygen, which is according to the EPA also considered as a pollutant.

Dumping large amounts of various kinds of waste into the world’s oceans has also made some harmful affects to them. The most part of the rubbish dumped includes plastic materials which is very hard to decompose and can take from hundreds to thousands of years to actually decompose. The plastic that stays in the water remains as a thing floating layer and floats around or stays in one place. London rubbish removal company has shared the infographic that shows that there are several garbage patches currently existing in our world oceans and the greatest one of them is the Great Pacific Garbage Patch that is approximately the size of Texas currently and consists of 7 million tons of garbage.

Artificially warming the water is also considered as harmful. If we unnaturally warm large amounts of water and dump it back in, it can affect the wildlife and cause devastating affects that way. Large production factories and companies use water to cool down their machines during production and to enable the majority of their equipment work that way. The best way to cool down the machines that are used is to pour large amounts of cold water on them, which is then dumped back to the area that it was taken in the first place. But this can harm the marine life there and kill fish and the warm water also contains lesser amounts of oxygen that can also kill the fish in the water.

Air consists of 99% of nitrogen, oxygen, water vapor and inert gasses. When some other components are introduced within that mixture that are normally suppose not to be there it s considered as air pollution. The most common type of air pollution is releasing gasses into the air due to burning fuels.

There are a dozen of harmful gasses that may be released into the air and include carbon monoxide, sulfur dioxide, nitrogen oxides and various other forms of chemicals gasses as well. From them being released into the air it can lead to various other changes in the atmosphere to happen and chemical reactions to appear that can result with the creation of acid rain and smog.

Air pollution also causes the greenhouse effect and enables global warming to happen which is caused by the release of carbon dioxide and sulfur dioxide into the air. The greenhouse effect is actually when gasses absorb the infrared radiation that is released from the Earth, thus preventing the heat to escape from it. This is a natural process that makes our atmosphere warmer but it is caused artificially due to the large release of various gasses that ultimately change the atmosphere of our planet and cause it to get warmer.

Air pollution is highly dangerous and kills over 2 million people a year. The effects of air pollution to human health actually vary depending on the type of the pollutant that is introduced in the air, thus creating mild affects but in some severe cases even lethal ones. If the pollutant is highly hazardous it can lead to instant death or long lasting affects on the respiratory system. One of the most severe examples was the release of isocyanine gas at Union Carbide plant in Bhopal back in 1984. It resulted in 2.000 deaths and 200.000 people with respiratory problems. Air pollution can in fact be carcinogenetic, biologically active or even radioactive.

Although one of the more modern types of pollution and one that we are unable to see, noise pollution still causes a great deal of damage. Noise pollution happens when the sound from the city life and industry reaches harmful levels. How noise pollution affects people’s health is by raising blood pressure, making people more prone to stress, creating speech interference and ultimately hearing loss. Research has shown that noise pollution is manly responsible for various coronary heart disease which have in turn lead to various deaths around the world.

Noise pollution actually does not affect humans, as it has a very unhealthy affect to animals and marine life. For instance, high levels of noise that are created in the water can affect the way whales communicate and affect their natural navigation system. It can also lead to death of various other species in the seas. Noise pollution will also create a need for the animals to communicate using louder tones which also has a devastating affect to their physiology and shortens their life span considerably.

Despite the fact that we as modern people cannot imagine our lives without unnatural or electronic sources of light, it is also considered as a form of pollution. Big cities which rarely sleep and areas which are lit for long periods of time have greatly affected the way night and day are viewed. Because of this there is a large affect of both people and the wildlife. For instance, some birds sing in unnatural hours which is unusual for them while streetlight can affect newly hatched sea turtles which need sunlight in order to properly evolve. Sky glow, which is a direct result of light pollution can affect the way scientist, actually astronomers, view the skies. Artificial lights also has its affects on the plant life as it can disrupt the blooming pattern of certain species and deteriorate their development. Research has also shown that over-illuminating or using too much light daily wastes around 2 million oil barrels a day.

Ambient air pollution is the cause of over 6.7% of deaths worldwide.

Pollution in China is able to change weather patterns in the United States. It takes just five days for the pollution from chine to be taken to the US by jet streams where it can stop the clouds produce rain and snow.

7 million deaths around the world annually are linked with air pollution, which is one eights deaths worldwide.

56% of trash produced in the US ends up in landfills. They mostly consists of paper and if one recycles just 1 ton of paper one also stands to save up to 3 cubic feet of space.

Previous Why You Need Business IT Support Melbourne?

Take Care Of Yourself With Depression Self Help Program

The 6 Essential Tools Of A Webmaster 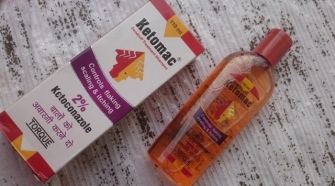