What Are The 6 Pros Of Buying Pre- Fabricated Flats?

Reason That Convinces Of Choosing Aptitude Test For Hiring

Distracted driving in the United States is at epidemic proportions, and some argue that it’s worse than drinking and driving. And thanks to smartphones, distracted driving isn’t just texting anymore; many drivers play popular apps like Pokémon Go, using Snapchat, or even check Facebook behind the wheel. The moment a driver’s attention averts from the road to a screen, they are less capable of reacting to road hazards and even traffic.

A man in Baltimore crashed his truck into a police cruiser while playing Pokémon Go, and another teen driver crashed her car into a power pole while playing the popular game. There is cause for concern that crashes like these will continue to rise. A recent study by Liberty Mutual and Students Against Destructive Decisions found that 70 percent of teen drivers use an app or post to social media while driving. Another cause for concern is the study found that two out of the three teens who participated did not believe posting to social media was a dangerous practice while driving.

Distracted driving and its consequences does not receive the same exposure as drinking and driving and other common dangerous driving habits like not buckling one’s seatbelt. According to the CDC Motor Vehicle Safety department, nine people die each day from distracted driving, and another 1,000 are injured. Other statistics reported by the administration show that one-fourth of all accidents in the U.S. are a result of distracted driving. However, these statistics receive relatively little attention from news media outlets and other public forums.

Accident-injury attorneys like Bachus & Schanker Law handle cases caused by careless driving, reckless driving, and other offenses related to distracted driving regularly. Our nation is headed down a slippery slope, and without more public awareness, this problem will only continue to worsen. Another cause for concern is many people are not aware that distracted driving also includes eating while driving or any other activity that forces drivers to take their hands off their steering wheels. Most worryingly, most drivers know it is dangerous to use their phones or participate in distracted activities while driving, but do it anyway or believe they will not cause an accident.

The moment drivers take their eyes off the road to look at a Snap or post on social media, an accident is waiting to happen. It’s no longer a matter of if — it’s when. Every time drivers check their phones, especially on the highway, they swerve at least a little. Most states in the U.S. now have laws that ban texting while driving, but our efforts must reach further if we want to put an end to this problem.

Previous Activities To Improve Your Physical and Mental Health

Next 3 Paths To Greater Beauty

Reasons To Sell Your Junk Car 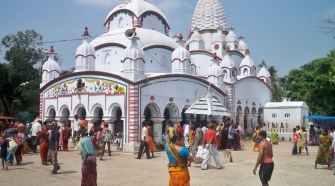