What To Expect from A Wedding DJ

Debt Consolidation Is Helpful When You Are In Multiple Debts

Save Stress by Using A Party Rental Company

People love to drink beer in a bar or pub with their friends. Beer is the world’s most widely consumed and one of the oldest of all alcoholic beverages. Research shows that consuming beer decreases odds of strokes, heart and cardiovascular disease. In the Sacramento area, Boneshaker Public House is one of the premier craft beer joints.

A craft brewery produces small amounts of beer, typically much smaller than large-scale corporate breweries, and is independently owned. They are small, independent and traditional breweries. They are characterized by their emphasis on quality, flavor and brewing technique and they can be prepared at home.

Beer is made from 4 basic ingredients which are Barley (or other grains), water, hops, and yeast. The basic step is to extract the sugars from the grains so the yeast can convert into CO2 and alcohol, creating beer. To get a multitude of styles, a brewmaster uses the basic scientific process and expresses creativity by varying the combination of grains, hops, and yeast.

Cereal grains like barley, rice, wheat, and rye can be used. The harvested grains are run through a malting process to start the seed germinating as if it were going to grow. Germination helps to activate starch enzymes necessary to create fermentable sugars when the yeast is added later in the process. The harvested grain usually has 10-12 percent moisture content and steeping(soaking in water) elevates it to approximately 45 percent, causing it to germinate. The germination should be stopped at the right time and the grains are dried through kilning back to three to five percent moisture content. Roasting the grains is the last stage. Maltsters are experts in creating various malted grains and they determine the kind of roasting.

After malting, the next step is to steep them again in hot water. This process activates the starch enzymes in the grain and helps to break down and release sugar. It is called mashing. The water is then drained and a sweet syrupy liquid known as wort remains with some part of grains. The next step is to lauter or separate the wort from the used grains.

After the lautering process, hops and other spices are added. Hops are small pinecone-looking fruit that grows on vines. They provide bitterness to balance out the sugar in the wort. The acid isohumulone, which is measured in parts per million are referred to as bitterness units. The higher the number, the more bitter the taste of the beer.

Beer is divided into two groups- ales and lagers. These two groups are divided based on the type of yeast used and the fermentation process. After boiling is finished, the liquid goes into a fermenting vessel and yeast is added. Two different types of yeast used for craft beer are top cropping and bottom cropping.The yeast breaks down the sugars and creates both CO2 and alcohol. Ales are fermented around 64 degrees warmer temperature. It can be ready to drink within 3 weeks. Lagers are fermented around 50 degrees and stored for several weeks or months at temperatures near freezing.

The final step is to fill bottles, aluminum cans, kegs or casks.

Previous Here’s How Drones Can Benefit You

Next Reasons Why You Should Advertise Your Business

Why Is Storm Management Important? Information About Filter Cartridges 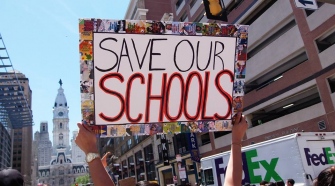