Expand Your Business With These 5 Strategies Of Local SEO

Credentialing- What Is It & How It Can Help You

The Consumer Electronics Show (CES) 2018 will be held in Las Vegas from January 9 – January 12 next year and just as last year and the years before that, it is going to be one of the biggest electronics events of the year 2018 where major tech companies will show off their upcoming products and prototypes. As it’s just about a month away at this point, the time is right for taking a look at some of the most expected smartphones at the show.

The famous leakster Evan Blass is of the opinion that Samsung might give us our first look at the Galaxy S9 and S9+ during the CES 2018. Even if they don’t outright unveil their next flagship range at the event, at least a teaser is expected.

It wouldn’t be a complete surprise if the rumored Galaxy X foldable smartphone with the model number SM-G888N0 made an appearance at the CES next year. Granted that the same rumor has been going around for multiple years now, but this time, we have a model number!

The Galaxy A-series may not be the most premium smartphone range in Samsung’s arsenal, but it most certainly is one of the most popular ones. Samsung will almost surely unveil the Galaxy A-series at the CES 2018. Aside from the expected A3, A5 and A7, rumor has it that there will also be a more premium Galaxy A8 with dual selfie cams on display. All models are expected to have borderless, widescreen displays.

Business Korea is of the Opinion that the LG G7 could be unveiled or teased at the CES, but most experts are not so sure. On the other hand, the chances of a new mid-range series being launched at the show are much higher.

TCL might launch a new Range of Palm devices at the electronics show which could be reminiscent of the old but much loved Palm Pre. In case you did not know, TCL also owns Palm now, in addition to BlackBerry.

It is unclear what ZTE’s plans are for the CES 2018, but it is expected that the company could launch an updated version of the Blade V8 Pro, which was actually quite a decent dual-camera smartphone in the budget category. There might also be an Axon 8 at the event, but that too is unconfirmed.

If you want a smartphone that costs less than $300 but has great specs like a borderless 5.93-inch 18:9 display, 1.7GHz octa-core HiSilicon Kirin 659 SoC, dual rear camera and 4GB of RAM, then you should be happy to know that the Honor 7X is most likely coming to the CES 2018 for a US launch.

Experts are of the opinion that ASUS will stick to only bringing a bezel-less 18:9 display phone to the US market via the CES, instead of trying to do too much, like it did last year by launching the ZenFone AR and the ZenFone 3 Zoom. The phone could be called anything really, but it will likely be a variant of the ZenFone Max Plus (M1) which was recently seen in Russia.

Now that we have covered all the major smartphones, it’s time to talk about the next Qualcomm chip. The flagship Qualcomm 845 SoC will probably be launched in the next few days at a separate event, but just as always, we expect it to be detailed at the CES next month. While this just about wraps things up in terms of smartphone launch possibilities at the CES 2018, don’t be surprised if a few others pop up unannounced. If you want to know even more about the current tech news, head over to whitesummary.com and stay updated with the latest news about all things technology.

4 Important Aspects Of Foreclosure That You Should Know 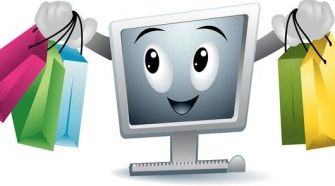 Save Money With An Online Check Stub Maker