Menia Among Youth To Be Updated With Latest Trend

Brad Pitt may have no use for religion, but his psychic tells Life & Style he is very spiritual and often seeks divine advice.

When super dad Brad Pitt has tough decisions to make, he turns to a surprising source–his psychic! Life & Style has learned that psychic Ron Bard has helped Brad through many important moments in his life. “Yes, Brad has come to me for a reading,” Bard tells Life & Style exclusively. “I know him both personally and through my business. He is very, very spiritual.”

Brad first visited Bard while married to Jen and filming Mr. & Mrs. Smith with Angelina. While he is keeping his visions of Brads future to himself, Bard tells Life & Style, I meet a lot of celebrities in this business, and he is truly one of the nicest people. He is gracious and generous, just such a great person.”

Brads psychic describes himself as “an adviser to some of the richest and most powerful people around the world…from powerful CEOs of American and Japanese conglomerates to Hollywood celebrities.Earlier this year, he founded a paranormal social networking site, of all things, with his friend, Frasier star Kelsey Grammer.

How Songwriters Should Choose The Best Singers? 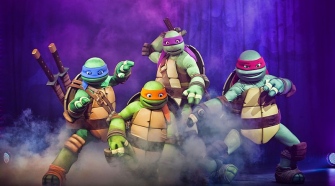