The Real Facts, Causes and Effects of Binge Drinking in a College Setting

How Nature Affects Your Home

Botox: What Is It and How It Works?

The U.S military veterans are infuriated by plans to have the Japanese prime minister address a Congress joint session on Emperor Hirohito’s birthday, a man who called for the bombing of Pearl harbour on Dec. 7, 1941, an incident that led to the U.S. entry into World War II.

Jan Thompson, the president of the American Defenders of Bataan and the Memorial Society, the body that represents the surviving American prisoners of war as well as their families says that most World War II veterans who went through excruciating torture and imprisonment in detention camps in Japan are still trying to come to terms with those painful events and their wounds are still healing; and unfortunately, some will never heal. This all was telecasted live on http://www.siasatpedia.com .

John A. Boehner, the House Speaker and Ohio Republican had invited Shinzo Abe, the Prime Minister of Japan to address Congress on April 29, which is a national holiday (Showa Day) in Japan, to celebrate Hirohito’s birthday.

As an emperor leader and a divine figure, Hirohito was highly revered at the time. In collaboration with Hitler’s Germany, Japan carried out multiple invasions in the Pacific, China and Southeast Asia, torturing and killing thousands of U.S. and their allied prisoners of war.

Ms. Thompson sternly expressed the concerns of the organization’s members who she said are fully aware of the significance of the day when Prime Minister Abe would address Congress. The POWs (70 years ago) were required to bow in their prison camps in honor of the emperor on that same date.

There was no explanation from Congress as to why they settled on the date or why they didn’t consult the war veterans to find out their thoughts on the same beforehand. Hirohito denounced his divinity claim immediately after the war and coordinated Japan’s transition into a complete democratic nation and an important U.S. ally. He later toured the U.S in 1975 amidst fierce protests.

The controversies surrounding Abe’s speech following a House invitation to a foreign dignitary to address Congress is the second this year. In March, the Israeli Prime Minister Benjamin Netanyahu was invited speak to the lawmakers and his speech left the White House angered and a divided Congress following Democratic claims that president Obama was not consulted beforehand on Mr. Netanyahu’s invitation and that his speech would negatively affect nuclear talks with Iran.

It’s unclear whether the White House rejected Mr. Abe’s invitation to address Congress. In response to the uproar following Japan prime minister’s invitation, Mr. Boehner said in a statement that Mr. Abe’s speech was a great opportunity for Americans to learn how to enhance cooperation on security and economic priorities.

There was no response office to requests for comment from Mr. Boehner’s office as to why they invited Mr. Abe to speak on Hirohito’s birthday. The Japanese Embassy spokesman declined to comment on why such a date was chose, however he explained to The Washington Times that Mr. Abe’s visit was one way of appreciating since the war 70 years ago, Japan and the U.S have reconciled and are close allies that share strong values of democracy, human rights and the rule of law .

Kids Have A Say About Their Own Fashion

Why You Need A Fencing Contractor? 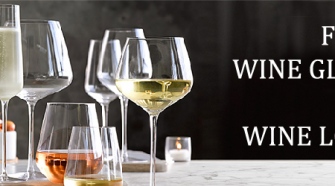