How To Become A Chimney Sweep In UK?

Take My Breath Away: The Best Places For Helicopter Tours

Even if mopeds and scooters are a little less popular in the United States, they’ve started to become more or less frequent in some urban areas where getting around with a car is virtually impossible. Crowded cities such as New York are hellholes for people who want to make sure that they get to the office and are never late.

In Europe, on the other hand, scooters have been around for quite a while. Italians are largely known for using them, especially in the South, and Naples is one of the best-known cities where you should watch your step even when you’re crossing the street legally because scooter riders might not be too careful.

Brands like Vespa and Aprilia have made a comeback, and if you’re one of those people who has recently acquired a scooter, here are some safety tips you might want to consider.

Be as visible as you possibly can

The issue with motorcycle and scooter riders is that sometimes, they don’t have enough patience and they don’t drive safely. Some of them might try to circumvent the traffic by riding their vehicles between two cars, in which case the likelihood of them getting in a blind spot is very high.

You ought to make sure that you’re always in the middle of a lane and that you wait patiently behind the automobile in front of you. It’s the only way of ensuring that the car driver is going to notice you. With bigger vehicles such as trucks, if you can’t see the driver in their mirror, it’s very likely that he or she isn’t able to see you, either.

To stand out even more, you can wear reflective vests, especially when you ride your scooter at night.

Because scooters aren’t as fast as motorcycles, their riders don’t have to abide by too many laws in terms of safety equipment. However, in most countries around the world, it is illegal to drive a scooter without wearing a helmet. And that goes for your passenger, too, so don’t take people on your moped if you don’t have an extra helmet for them.

The best helmets for scooters don’t cost a fortune, so you can undoubtedly afford one. They aren’t as hefty or high-tech as those made for motorcyclists.

In a crowded city or when you also have a passenger behind you, it’s pretty likely that you might get distracted by one thing or another. If you do not have a good deal of experience when it comes to riding your scooter, it might be a good idea to avoid listening to music or taking other people aboard entirely.

Your attention has to be solely focused on what’s happening on the road because that’s how you will be able to prevent an accident from ever occurring. And let’s face it, even wet leaves can imbalance your moped or scooter, because its weight doesn’t even compare to that of a motorcycle or more so, to that of a car.

Previous 3 Tips to Being a Stellar Bridesmaid

Next 5 Ways for Keeping Your Home Pest-Free This Summer

Hassles and Issues Faced By People About Air Conditioners 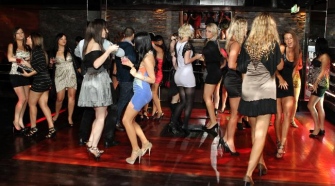