Find A New Just by Traveling Far and Wide

A Jones 6 years ago

Choosing The Best Ankle Braces For Your Sprained or Injured Ankle

Unless you have a vendetta against the modern world and have decided to move your home under a very large and very round rock, chances are that you have heard of the term superfood. So what exactly is a superfood? Is it a food that has super powers? Is it a food that was born on planet Mars that somehow found its way to earth? Wrong. Super food is simply food that has noticeably positive effects on the body. Fortunately for you, I’m going to share the best ones with you. Read on to learn five great Superfoods for weight loss.

Can you imagine a world where you can loose 20% of your belly fat in as short of a time as time as a year? Well, you’re living in one! Penn State University researchers have found that individuals who consume three table spoons of avocado oil a day loose belly flat quicker than those who consumed a flax-safflower oil blend in a head to head study. Start eating avocado oil now. Right now.

And you probably thought that grapefruits were just oversized oranges, didn’t you? Grapefruit is a superfood because it has one super cool effect on your body that is super useful. Now doesn’t that sound super?

Grapefruit actually speeds up your metabolism! Which again, if you have been living under a rock, our metabolism burns calories. A simple act of eating half a grapefruit before your meal can cause you to loose an inch in your waist line in as soon as 6 weeks! Is it just me or do you want to go to a grocery store too? Be sure to check with your doctor if grapefruit is safe for you because it does affect certain medication.

As it turns out, it’s not that nutty of an idea to start adding almonds to your snack drawer. Not only are almonds high in healthy fat, protein, antioxidants and calcium; almonds can also help you lose weight! In a head to head study with snacks that have complex carbohydrates and safflower oil, those who ate around a quarter of a cup of almonds as a snack lost weight more efficiently. Heck, some people even crush up almonds and make the best superfood powders. So it’s simple, start eating almonds.

Although, not necessary a food; this super beverage has awesome belly loss powers. Studies have shown that those who have drank 4 – 5 cups of green tea per day and worked out for at least 25 minutes lost more belly fat than the non tea drinkers. Why’s that? Green tea is packed with the antioxidant called catechins. Catechins help aid in fat loss and help fights fat storage.

Previous Purchasing A New Vehicle At A Mazda Dealership

Next Why Your Auto Shop Should Own An Air Scrubber 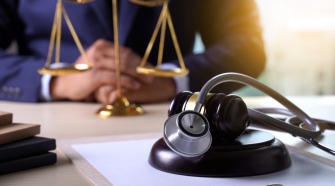